Museum space founded in 1937, located in Solar dos Carneiros, the only coat of arms in the municipality of Póvoa de Varzim and dating from the 18th century. It is classified as a Property of Public Interest. It is one of the oldest ethnographic museums in Portugal, highlighting the exhibition "Siglas Poveiras", the sacred art collection of the primitive mother church (16th century) and the collection of archaeological pieces (such as the Roman inscriptions from Beiriz). 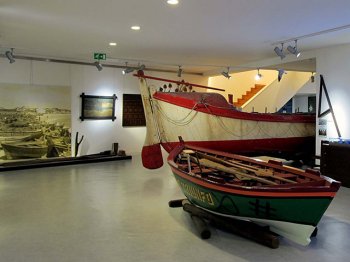 Cultural space where several shows take place. This building dating from the 30s of the 20th century also has a recreational component linked to the game that works as a pole of attraction for the city of Póvoa de Varzim. With three distinct cultural spaces: the Salão d'Ouro, the Atrium Piano Bar and the Egoísta restaurant. 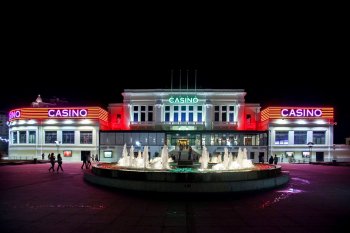 A pedestrian walk that is about 8 km long and has eight stops is offered by the Ecomuseum. During the walk, one gets to know the regional natural and cultural heritage. It departs from the main square at Rates.

An auditorium that welcomes several sorts of activities that range from conferences to seminars and others.

An modern building with an interesting architecture that houses this kind of cultural activity.

The only bullfighting arena in northern Portugal, with many performances during the bullfighting season, mainly in the month of May at the time of the "Corrida TV Norte".