This is a Romanic temple that used to belong to the first convent of Cluny in Portugal and it suffered several transformations on the XVII and XVIII century. From this granite construction it is worth to mention the sculptures adorning the multiple capitals and two granite sculptures from the XII century. IT should be mentioned that this church had origins in a chapel with small dimensions dated from the Reconquest period. 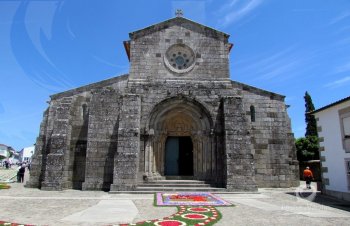 This church is dated from the 18th century and it possesses a pentagonal plan and a portico topped by a big window that is inserted in the baroque period. On the inside it displays images from Maria six pains and a seventh figure is placed close to the altar. 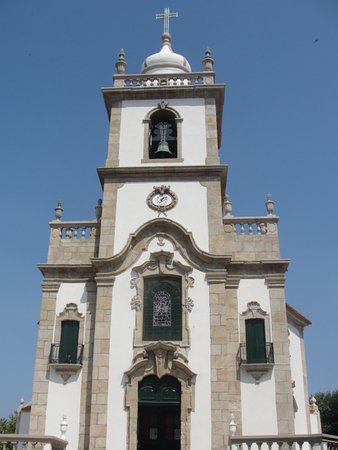 Temple built in the second half of the 18th century, has a Baroque façade, with two bell towers to skirt around the central body. The portico is crowned by the Royal coat of arms. To emphasize the altars of gilt and the altarpiece of the main Chapel, in Rococo style, and even the two retables ship's double. 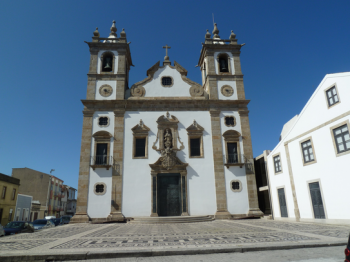 Fortress with a polygonal plan and four bastions. It has sloping and robust curtains. The well-vaulted, flanked gate, crowned by the royal shield and bell tower, faces the village. It was built during the reigns of Dom Pedro II and Dom João V, in the 18th century, in order to defend the coastal area from pirate attacks. 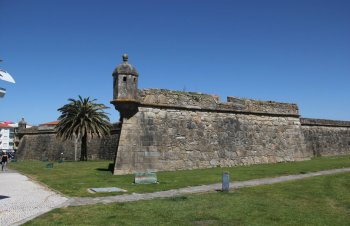 Building dating from the 18th century, the present main ground floor facade arches of Ashlar and, upstairs, tile flooring in the 19th century. At the top, are the Royal Arms and the middle of the building, rises the clock tower. This construction marks the urban reform held by the Corregidor and purveyor of the District of Porto, Francisco de Almada e Mendonça. 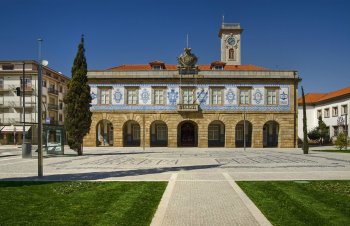 Fortified village with defensive organization consisting of three lines of walls. On the central platform, the urban planning shows an axial paved street, through the center of the village, appearing to intersect with another, forming four large units. Each one of them is divided into family nuclei made up of several buildings around a patio that is almost always paved. The excavations carried out from the beginning of the 20th century confirm the occupation of this region in a period that extends from the 7th century BC. until the 1st century AD. 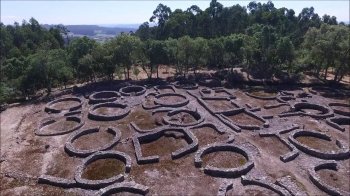 This is a building from the former city council of Póvoa do Varzim. When it was decided the new construction for the city council in 1791, the building was badly preserved. Inspired on the architecture of Porto Fortress, this building went under several interventions, some of which on the outer surface and inside surface tiles and the tower.

Monument in homage to the women who do and did the lota of Póvoa de Varzim a symbolic location for fishing communities in the region. 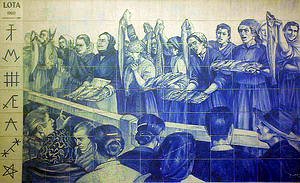 Located in the Serra de Rates, this set of Mills is recovered and most of them are, currently, holiday residence. 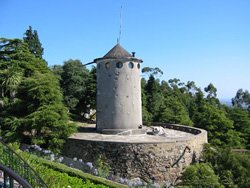 Statue in bronze on a stone column about 2 feet tall. Representing a man who with his hand looking for help look in search of something on the horizon, this monument pays homage to José Rodrigues Maio, humble fisherman who saved many men out of the sea with a courage that was recognized even in life by King Dom Luís I. 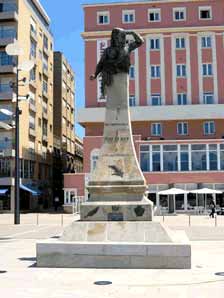