A set of eight espigueiros (small cereal warehouses) that became a true postcard for those who visit Paredes de Coura. Those who pass by here do not fail to take a photograph of this threshing floor so perfectly embedded in the green and the rural architecture of the region. It is located seven kilometers from Paredes de Coura. 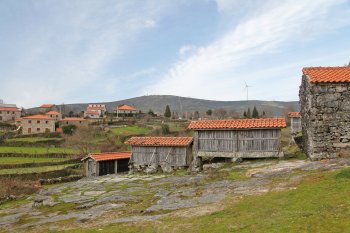 An 8 km long pedestrian trail that lasts a little more than three hours, with a low difficulty level. As indicated by the name, one gets to visit the mills at the village of Várzea, in Parada. In the old days, Paredes de Coura was known as the "Barn of the Minho". 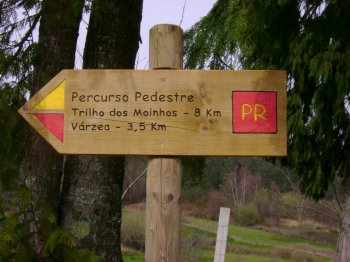 As indicated by the name, this pedestrian trail is mostly concerned with the panoramic views of the Coura lands. Even though it is a climb, its 12 km are mainly easy. A special note to the Lugar de Coutos with views of the Coura river, the Corno do Bico, which is the highest point in the parish and the Penedo do Rebolinho, shaped like a ball, that seems to be about to fall at any moment. 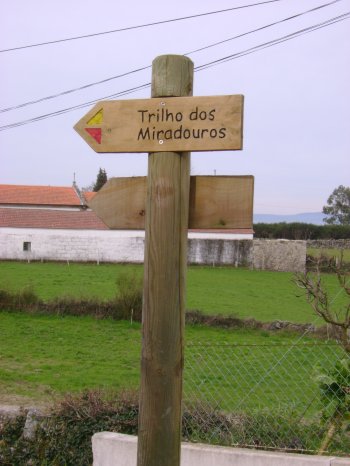 A small trail with a low level of difficulty. 7.5 km that last about four hours. The Corno de Bico is the trail's highest spot, at an altitude of about 900 metres. During the trail, one may view several examples of the parishe's wild and natural diversity. 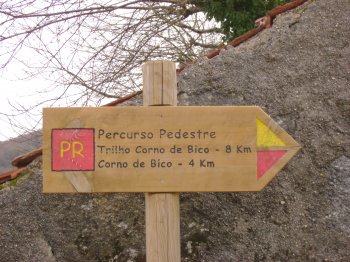 A small, quite easy pedestrian trail that is 4.5 km long and lasts about two and a half hours. It has rd and yellow signs along protected landscapes, woods and many other truly lovely country places. 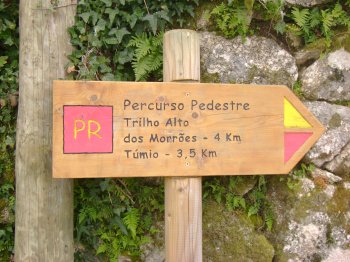 An ecological and landscaping pedestrian trail that is 9 km long and lasts about four hours. It has a rather peaceful kind of beauty all along the way and lots of fresh air. 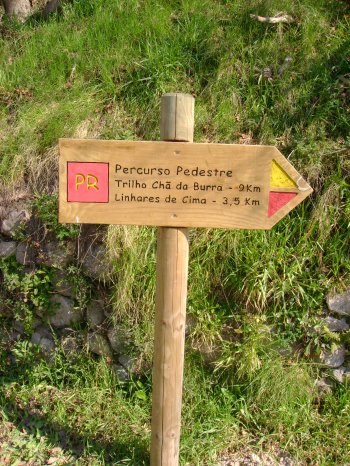 An easy pedestrian trail that is 11 km long and lasts about four and a half hours. One gets acuqianted with some of the council's marvels, namely the City Fortress and the village of Cossourado. The trail is thus named because it passes by several landmarks that used to indicate the roman miles of the military route. 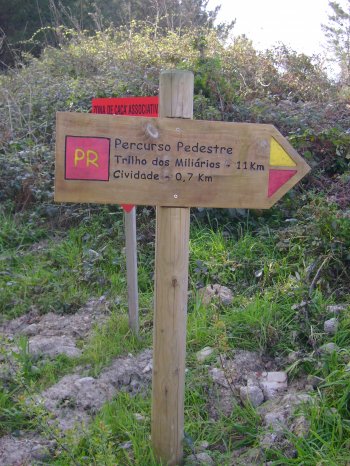 A long pedestrian trail, 14 km long, with a duration of about five and a half hours. The traject's name comes from the writer Aquilino Ribeiro, who lived in the Amparo manor that inspired him his greatest work "A Casa Grande de Romarigães" (The Big House of Romarigães). A nature trail with many typical houses and important constructions. 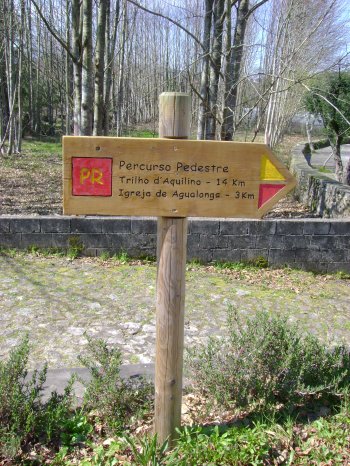 A long pedestrian trail, 13.5 km long, that lasts about five hours. During the walk, one passes by places where the milho-miúdo (a kind of corn), the main ingredient of the typical and exquiste "papas de coura", is sown. Enjoy the natural beauty and, from the Travanca landmark, at an altitude of 701 metres, the astounding landscape. An easy pedestrian trail that is 7 km long and may last four hours. It is a climb with fascinating views, namely the Arga Mountain, the Bom Jesus Hill in Braga and the mountain of Galicia. 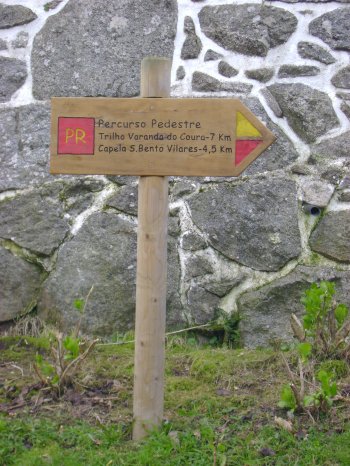