Castro reveals a people who lived during the late Bronze age. The findings, found in great numbers, are: a milestone from the Quinta do Paiço, a monetary treasure of some 5,000 Denarii and nine silver mass, a set of bronze materials among which are an umbo and shell elements belonging to a sítula, a small statuette representing a nereid and three written monuments. The village was strategically located on the romanized vale da ribeira da Village, where the Roman Itinerary XVI between Braga and Lisbon and at the crossroads of other secondary roads. 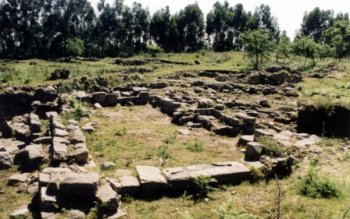 The chapel of Nossa Senhora das Dores, located on Mount Wren, in the parish of São Martinho de Bougado, is a 19th-century Baroque style Temple. Here begins, in the month of August, a large procession that travels through the streets of the city of Trofa. 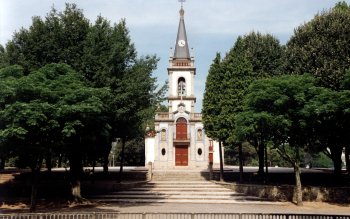 Statue with about 4 meters high which is a replica of the statue of Corcovado.