This 18th century chapel with a hexagonal plan stands out for being located right on the sandy beach of Miramar. It was built in 1686 on a rock and is considered a place of worship and pilgrimage, namely through the Pilgrimage of Domingo da Santíssima Trindade, one of the largest and most charismatic in the county.

The primitive monastery, called Monastery of São Salvador de Grijó, was founded in 922 in the place of Muraceses. It was only in the year 1112 that it was moved to its current location. In 1770 the convent was extinguished, passing its assets to the Convent of Mafra. Of note are the gilded carvings and the 18th century tiles in the chancel, as well as the pipe organ, from the end of the 18th century and beginning of the 19th century. Also noteworthy is the tomb of D. Rodrigo Sanches, classified as a National Monument. 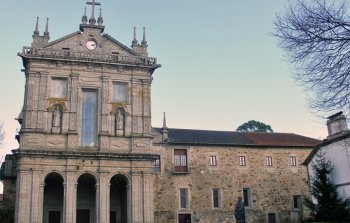 Built on an escarpment above the Douro River, Serra do Pilar, and with Porto as a backdrop, the monument is a former convent of the Canons Regular of Santo Agostinho, founded in 1537. This work has undergone a significant number of transformations which completely modified the initial project, presenting a circular shape and being surrounded by a balcony and topped by a light lantern. The interior features 18th century carvings and sculptures and the upper part is of Baroque origin, being considered a unique example in Portugal due to the circular church and cloister. 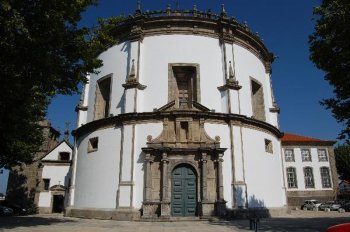 A bust of Teixeira Lopes. 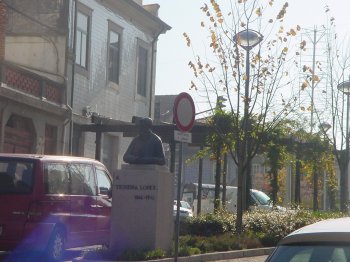 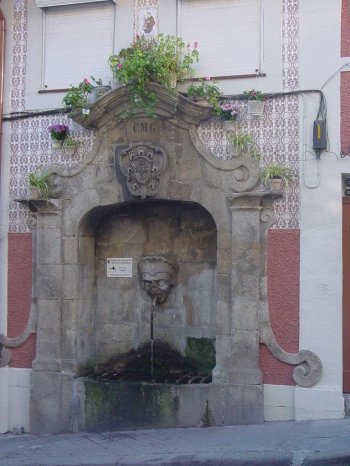 This monument’s construction was ordered by the Town Hall, paying homage to Gago Coutinho and Sacadura Cabral, the two Portuguese aviators that did, for the first time, the air crossing of the Atlantic-South (Lisbon-Rio de Janeiro) on the single-motor hydroplane “Lusitânia”. The monument is represented by the armillary sphere on top and a stone basis with commemorative inscriptions. It is placed near the city centre, in a square also called “the aviators”. 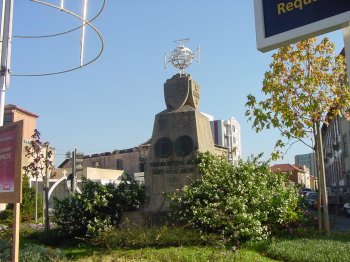 A fountain dated from 1892, with two animal heads from where the water flows. 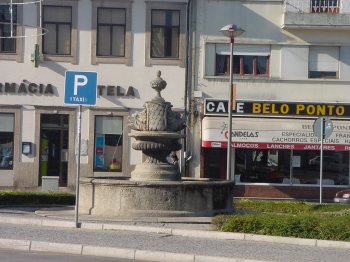 A bronze bust placed on a granite wall with the inscription: “To the Reverend Manuel Leão/Monte da Virgem Fraternity and Oliveira do Douro Parish”. 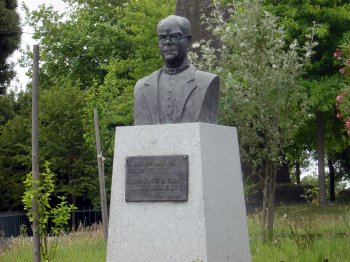 The parish of São Pedro da Afurada is known for its fishing traditions. In these fishermen’s quarters every year, on June, 29th, take place the festivities of its patron saint: São Pedro (Saint Peter). The bronze statue over a granite pedestal, located in the Vasco da Gama Street, is part of that spirit of adoration to the patron saint of the fishermen. 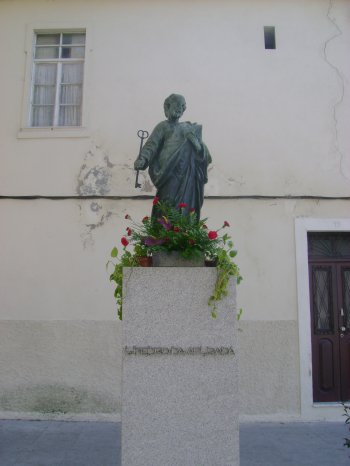 This is a church from the 1500s that was completely rebuilt during the 18th century. Planned by Nasoni, it features a sober construction with the portal ended by an outstanding arch. The façade is sided by a bell tower. The south tower has a belfry that was added on the second half of the 19th century. Worthy of notice are the lateral doors of the main chapel. 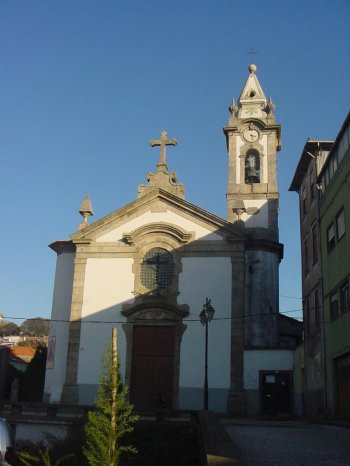