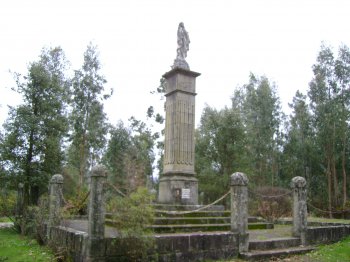 Built in the beginning of the fifteenth century it underwent restoration works in 1761 and in 1896. It has ten arches settled in strong pillars with breakwaters. The two central arches belong to the eighteenth century renovation and the remaining ones are from the primitive construction. 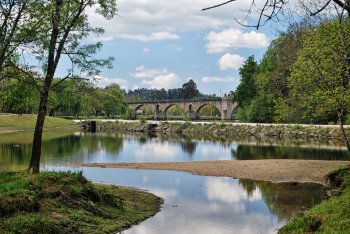 The granaries of Lindoso fit in the kind of narrow and granaries of Plumb walls. Focus around a single threshing floor, rectangular, revealing the importance of the collective work of the mountain communities. 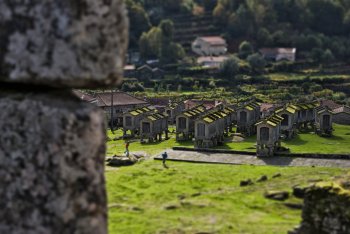 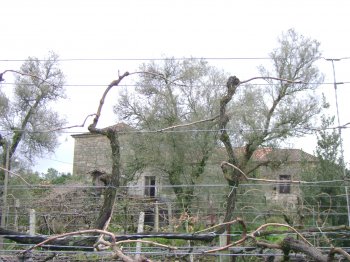 Despite the poor state of conservation and corresponding asset value, little castle of Nóbrega has great historical significance and regional scientific interest enough for understanding the Organization and evolution of medieval settlement in the Minho region. 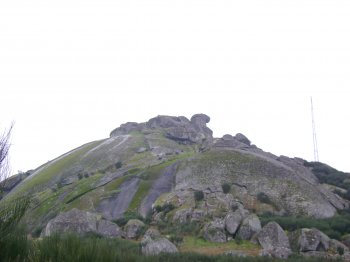 The Lapa da Moura dolmen, prehistoric megalithic monument (probably 5\/4 centuries b. c.), shows traces of the tumulus, saving the megalithic Chamber of polygonal plant and props with painting and engraving. 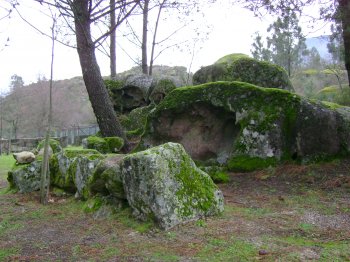 Construction of the reign of d. Afonso III, on top of a Rocky Hill, next to the village. Star-shaped Castle foursquare, has a tower keep about 15 feet tall. There are still some semiesféricas domes at the corners of the wall, with embrasures for the use of firearms. Has a museum inside. 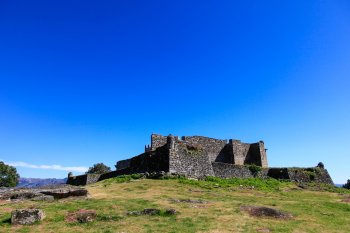 Solar from the second half of the 18th century with a front wall with a stone portal surmounted by guns. 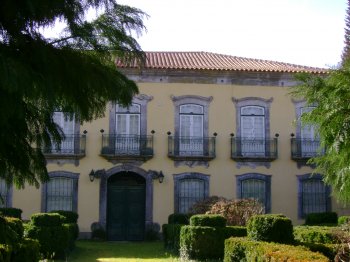 This is the building of the Town Hall. An 18TH century House, palatial building with two floors, sober and robust architecture. The Center has the Royal arms. 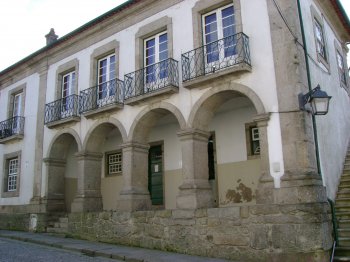 This building served as the home of eclectic late 19th century and early 20th century. Currently, is a home for the elderly. The home plan is rectangular with chapel located near. 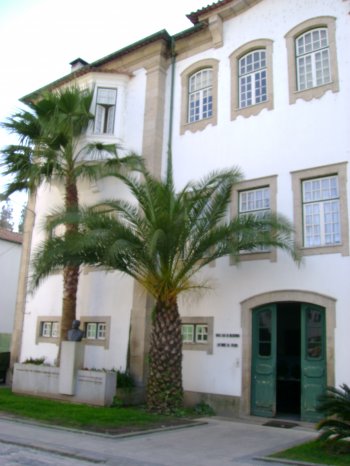