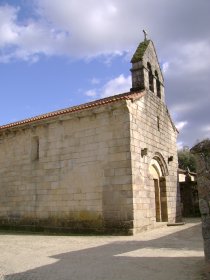 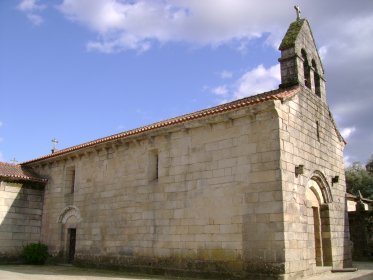 The edification of the Church of Atei date probably from the 14th century, showing late Romanesque style architecture. Already in the 16th century, it was added a chapel, the order of the counts of Cantanhede. Later, in the 19th century, are you even added other chapels and the chancel, lending it the current aspect. Inside include 19th century altars, in gilded and painted, in neoclassical style. The side chapels, with round arch opening crowned by a Fleur-de-lis, bearing altars, painted and gilded carvings, dedicated, on the side of the Epistle, the Nossa Senhora das Dores, while on the side of the Gospel the altar is dedicated to our Lady. In outer space will keep a grave structured with slabs and a sepulchral cover lisa. The primitive font, monolithic and polygonal boundary lies in the yard of the Rectory.

Baroque chapel with a Bell Tower, nave and chancel Features interior with high-choir, pulpit, altar and chancel side altarpieces of carved and polychrome woode…

Are you going to Mondim de Basto?

Best Of  in Mondim de Basto