Vila do Porto is the only municipality of the Azorean island of Santa Maria, about 17 kilometers long. It is characterized by its relief little bumpy, in comparison with other islands of the archipelago. Its highest point, with the suggestive name "High Peak", reaches the 587 meters. The coast is very indented with small beaches, Praia Formosa, the only of fine sand and clear for the Azores. This island of Eastern Group was the first to be discovered and populated. Allegedly, caravels commanded by Diogo de Silves, in 1427, reached Santa Maria, disembarking grazing animals at the behest of the Infante Dom Henrique. Years later the settlement was initiated, with Vila do Porto to offer the best conditions of docking and therefore becoming the main port of the island. Santa Maria is, currently, a tourist destination on the rise, with emphasis on its beaches, viewpoints and waterfalls.

What to do in Vila do Porto 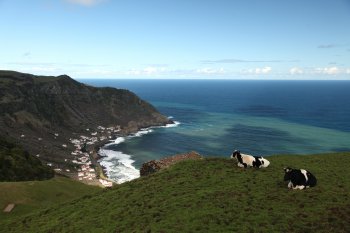 The Bay of San Lorenzo, also known as Bay of "rising sun", is a beautiful area surrounded by vineyards, meadows and separated the blue sea as a backdrop. The Green and the blue of the Ocean create a truly enchanting surroundings. In total there are approximately 113 acres, classified as a nature reserve since 1987. Have free access to anyone … 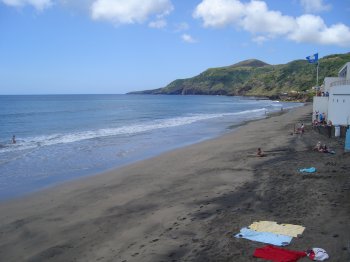 A beach with fine, light sand, divided by a boardwalk. It welcomes the famed Celebrations of the August's Tide (Festa da Maré de Agosto) every year. It is classed as a Natural Reservation. 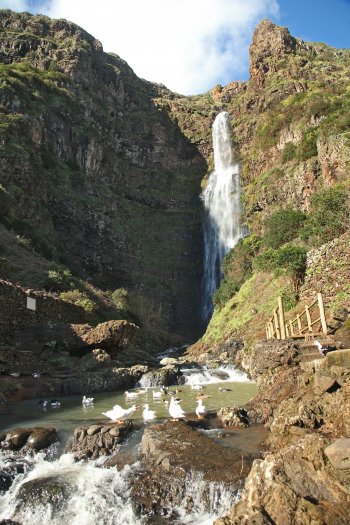 Large waterfall, surrounded by a landscape of great natural beauty. At the bottom of the waterfall we find a small lake where some ducks. A breathtaking landscape. 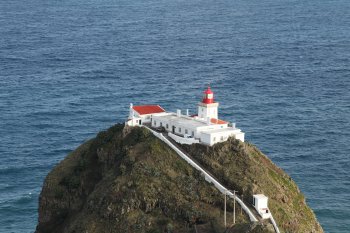 Lighthouse built in 1927, the 114 meters of altitude, in the call tip of the Castle. It is a quadrangular tower with 14 meters high with some buildings annexes. 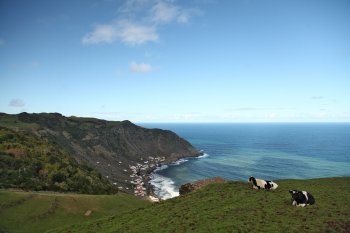 This belvedere has views of the wide stretch of sand in the São Lourenço Bay and of the hillsides filled with vineyards and a few houses. 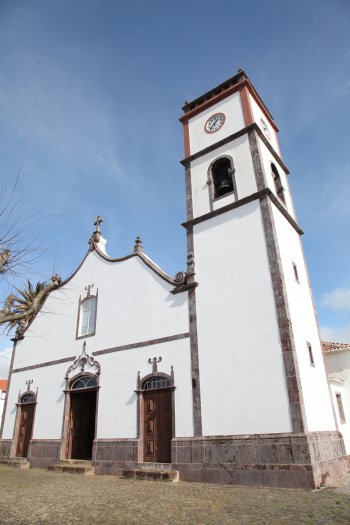 Dating from the early 15TH century, this church is one of the oldest of the Azores. Currently, the primitive structure, only the Gothic side door and a roof in Manueline style in the chapel of Santa Catarina. 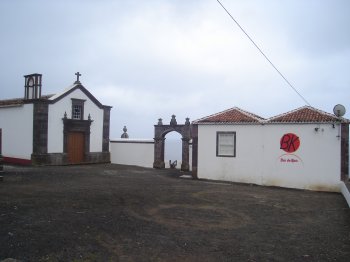 Fort built in the 16th century on Top of the rock, with the goal of defending the village during the reign filipino. It consists of a small bulwark and the building of the House of the command and troop Barracks. … 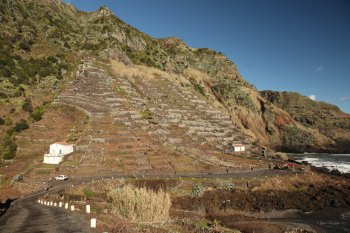 This route starts next to the Church of the Holy Spirit, in the parish of Holy Spirit, follow until you reach the Waterfall on the River of Aveiro. After passing through the tip of the Castle towards the locality of … 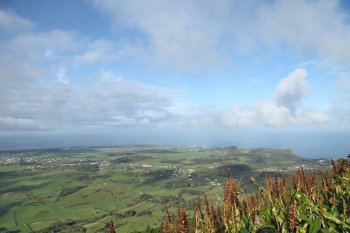 A belvedere located at an altitude of about 600 metres, with privileged views of the entire island. 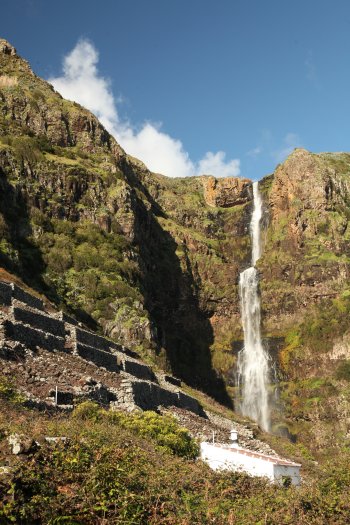 In this Bay, classified as a nature reserve, a unique and pleasant natural swimming pool, lined with cliffs that protect it from wind. A spectacle of outstanding natural beauty, where the calm waters, along with the rock formations of volcanic … 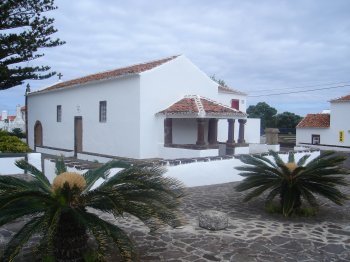 The primitive Chapel, dating from the 15TH century, was rebuilt between 1674 and 1676. The main façade is torn by a straight Dick portal, while the lateral facades have arched portals Manueline. Inside stands the chorus-high, the Gospel-side pulpit and … 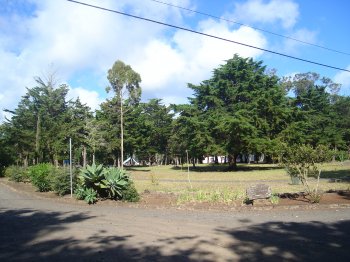 Nice place, densely wooded, with many shady places to rest. Be sure to visit the small lake with ducks and deer fence.

The museum's permanent exhibition regards the importance of clay and the man that worked it on the island. This space features the island's history through ceramics and ethnograp+hic rural objects, the production of linen and wool and the Espírito Santo … 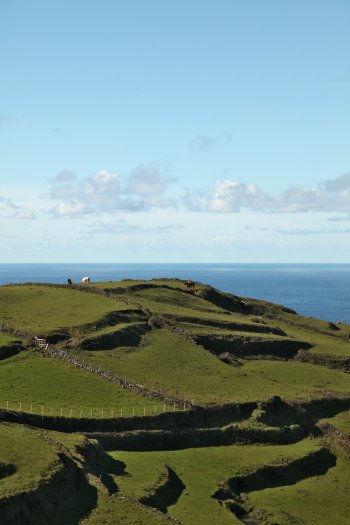 The North Coast is a protected landscape of regional interest, a huge green stain with the blue of the sky as a backdrop. Also includes the area of Barreiro da Faneca, an area known as the "Red Desert", to characterize … 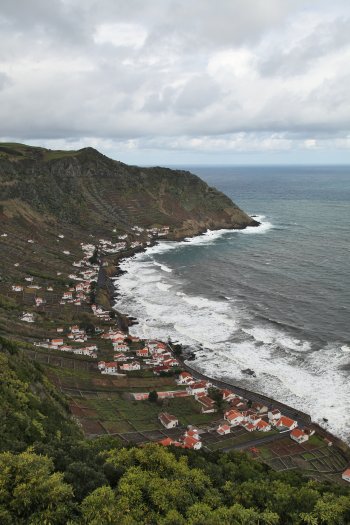 A beach and natural pools, located at the bottom of a lovely cliff. It has a wide stretch of sand with low rocks that enter the sea. It is classed as a Natural Reservation. 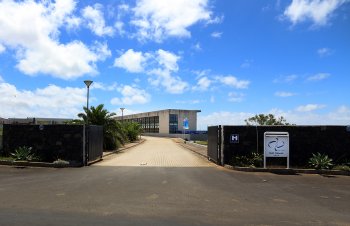 Hotel with well-equipped rooms with private balcony, telephone, minibar, satellite TV, safe, air-conditioning and bathroom with hairdryer. There is also a swimming pool and a Health Club. The Bar and Coffeeshop, facilitate light meals.

Where to eat in Vila do Porto 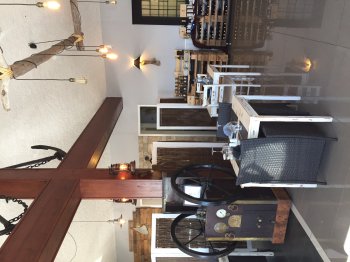 Where to sleep in Vila do Porto 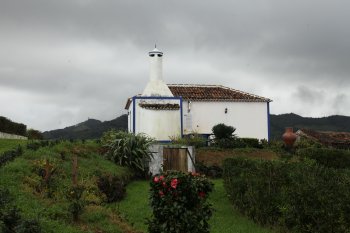 Small rustic House, with typical island architecture and decoration, offering a quiet stay in full contact with nature. In addition to a fridge, microwave, was… 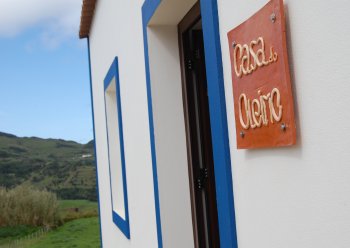 If you're looking for a quiet place with all the comfort to spend your holiday or weekend we have the perfect place to you: The Casa do Oleiro - Potter's House… 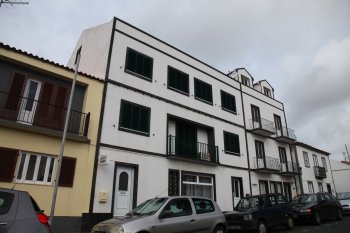 Simple House, located right in the Centre of the village, with family atmosphere and attentive service.