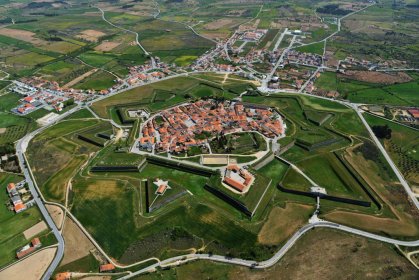 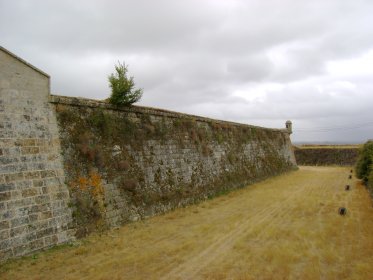 The Praça-Forte de Almeida, built during the 17th century, is the main ex-libris of the walled town. From an aerial view, it is possible to accurately identify a huge 12-pointed star surrounding its well-preserved walls, a National Monument since 1910. In Praça-Forte, several historical battles took place, given its proximity to the Spanish border, and here takes place recreations that usually attract a lot of public. The largest recreates the famous explosion of 1810, during the French invasions. Take a good look at the Double Doors of Santo António and São Francisco.

Residential architecture, rectangular plant consisting of two floors. The portal is the Center lacks ornaments, unlike this stone with ornate late-Baroque expr…

Residential building with two floors and regular composition, since on the facade can be seen two doors topped by two Windows arranged symmetrically. In the mi…

The Castelo de Almeida ruins can be found in the village's walled enclosure and are classified as a National Monument. Its origin is either Muslim or Leonese, …

Are you going to Almeida?

Best Of  in Almeida

What do do near Muralhas da Praça de Almeida