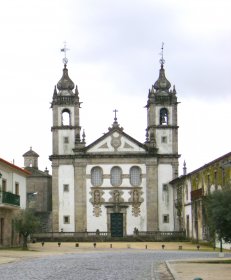 This baroque Benedictine monastery was reformed on the 16th and 18th centuries. It has a church reconstructed on the 18th century with a symmetric façade with two bell towers. It is worth to mention the vaulted coverage and the altarpiece in golden carving. It should also be mentioned, even though it is in ruins, the cloister area formed galleries in nine bays with Tuscan columns in granite, a decorative fountain in the centre with worked stone and several florid flowerbeds.

Belonging to the former Benedictine convent, founded in the 12th century. It is a source of backrest, bounded by pilasters supporting the cornice crowned by ca…

Are you going to Amares?

Best Of  in Amares