Amares is one of the 14 municipalities of Braga's district. Composed of 24 parishes, its landscape is markedly rural, being characterized by the passage of the Cávado and Homem rivers. Its tower houses, the Roman bridges and the main religious monuments (which make up the Rendufe-Bouro-Abadia triangle) and the Termas de Caldelas (Caldelas Thermal Spa and Baths), that annually welcomes numerous spa lovers thanks to the qualities of its waters, are all considered valuable points of attraction. Birthplace of historical figures, such as D. Gualdim Pais, D. Mendo Moniz and the poet Sá de Miranda, it is also in Amares that the famous Vinhos Verdes (green wines) are produced. They are unique in terms of their digestive properties and they are highly sought after, especially in the summer, due to the lightness and freshness that perfectly combines with the flavors of Minho's cuisine. Sarrabulho (dish made with blood and different types of meat), rojões (dish made with fried pork meat) and arroz de “pica-no-chão” (dish made with rice, meat and blood) are the most wanted delicacies. Land of good oranges, Amares also asserts itself with its handicrafts: linen artworks, wool and cotton blankets, baskets, rugs, paintings of dried fruit shells, wood artworks, among others, are present items in every local craft fair.

What to do in Amares 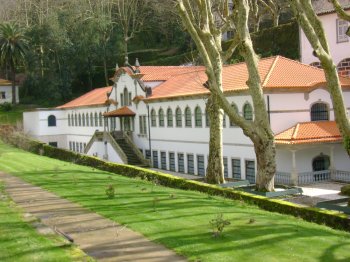 Perfectly integrated in the landscape that integrates Amares, the termas de Caldelas are constituted by the water spouts, locker room and physical medicine and rehabilitation center. Remodeled in 2005, keeping the original moth, provides all the necessary conditions to achieve the treatments that it offers. There are accommodation options to suit the duration of the treatments. 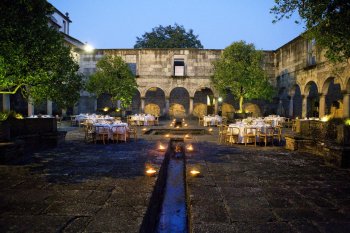 The Pousade de Santa Maria do Bouro, Amares, was a 12th-century former monastery of the Cistercian order, which was fully recovered and turned in one of the most beautiful hostels in Portugal. 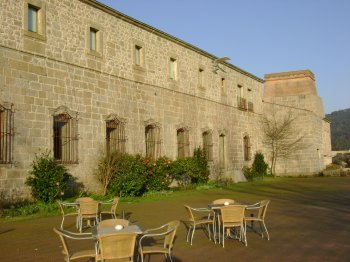 A recent Pousada of Portugal, built in a monastery of the order of Cister, dating back to the 12th century. The restaurant is imposing, with a high ceiling and a stone table, where oncee used to be the monk's dining …

A disco with three diffrent areas, one devoted to the more commercial sounds and another to electronic music, as well a a third floor with latin music and ballroom dancing, where one may learn from specialized teachers every week.

This Sanctuary in the present days is composed by chapels, buildings to support the pilgrims that come every year on the15th of August, fountains, Calvarias and a church. This Sanctuary has a large tradition and many people consider it the … 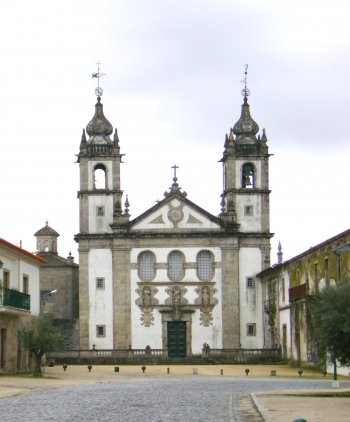 This baroque Benedictine monastery was reformed on the 16th and 18th centuries. It has a church reconstructed on the 18th century with a symmetric façade with two bell towers. It is worth to mention the vaulted coverage and the altarpiece … 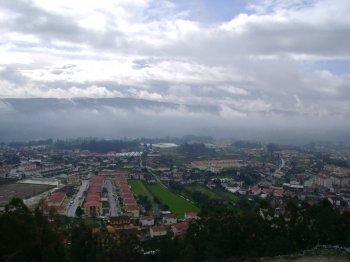 A belvedere on the Santinha or Senhora da Paz (Our Lady of Peace) Hill, with views of the small town of Amares and the Cávado river valley. 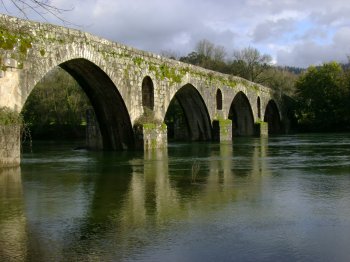 Bridge over the Cávado River with a length of 150 metres. Dating from the 14th century is distinguished by irregularity of the dimensions and shapes of several arcs buttresses that form it. 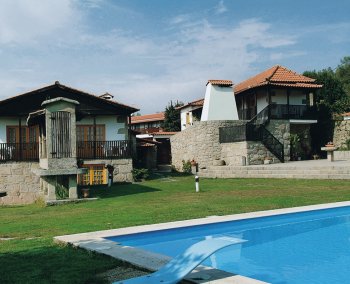 Quinta do Burgo, located in Amares, is a family space that invites the invigorating moments. The nature of Minho and the buzz of the Cávado River provide the ideal environment for a few days in the countryside. The welcoming rooms, … 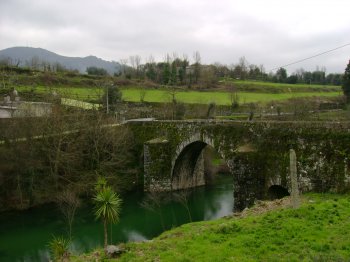 This bridge has a flat platform above three irregular arches with narrow and long voussoirs and with irregular extrados. It has two abutments with breakwater with triangular shape and breaker with rectangular shape with guards in granite. 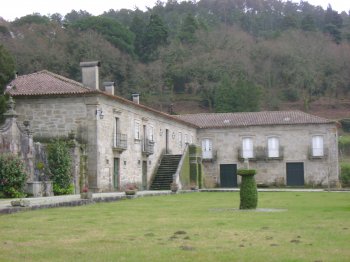 Manor house built in the late 15TH century and subsequently modified and expanded during the 17th and 18th centuries. Has three terraces supported by walls and ornamented by staircases and sources. This House was the residence of poet Sá de … 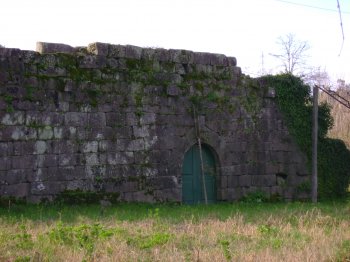 This ensemble is composed by a tower to which later it was built a residential attachment. The tower has a square plan. The ruin has, yet, the ground floor and a small part from the first floor. The original entrance … 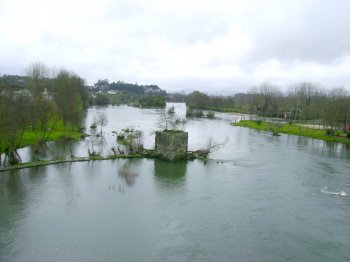 The Homem river is a tributary of the Cávado river's right bank and measures 37 kilometres. It has its spring in the Gerês mountain. The dam of Vilarinho das Furnas is located there. 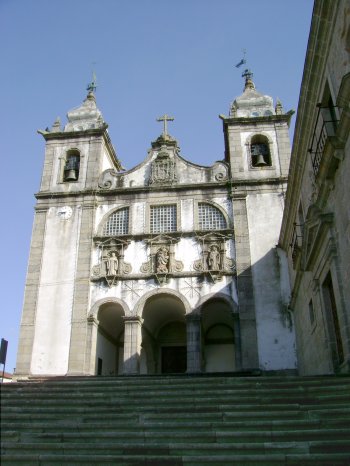 Although the conventual part is in ruins, the Church, rebuilt in the 18th century, features a harmonic facade dominated by five sculptures representing the four evangelists and Saint Louis. Inside, include the gilded altarpiece and the sacristy, with paneled ceilings … 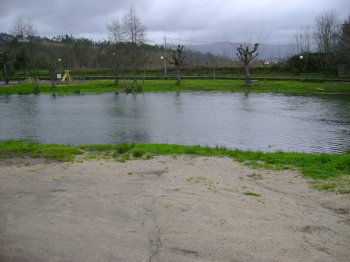 A pleasant place with plenty of space and a playground. 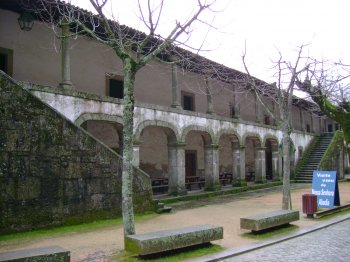 A museum devoted to the religious ethnography. It includes a collection of offerings related to promises. 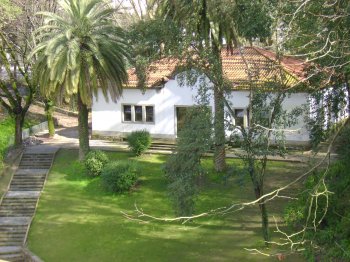 The Thermae of Caldelas are fit for resting and fighting the daily stress. Its green gardens and tall trees help in relaxing and in spending peaceful moments.

Where to eat in Amares

A recent Pousada of Portugal, built in a monastery of the order of Cister, dating back to the 12th … 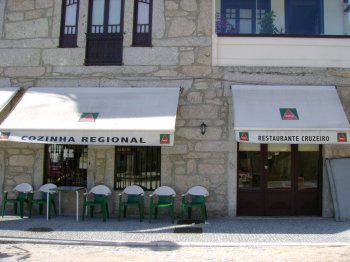 A centenary restaurant that serves well prepared dishes of the Minho region and has a kind service.… 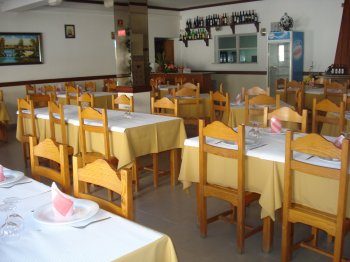 Restaurant belonging to Star of Minho, quiet Residential and familiar, with suggestions of traditio… 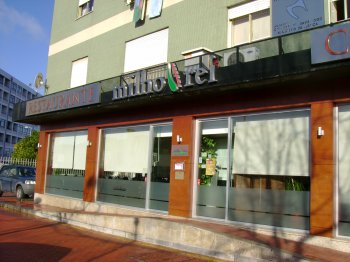 A simple and economic house, with fast service and well prepared dishes. Wine list with excellent …

Where to sleep in Amares

The Pousade de Santa Maria do Bouro, Amares, was a 12th-century former monastery of the Cistercian order, which was fully recovered and turned in one of the mo… 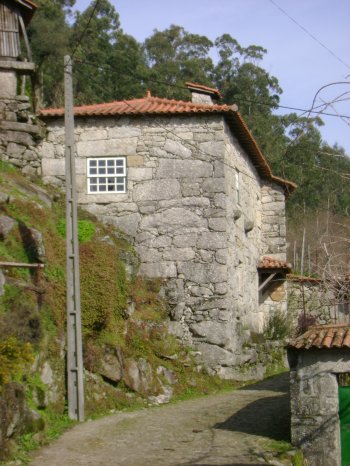 Granite House with a fabulous panoramic views. Situated next to the Roman Geira. 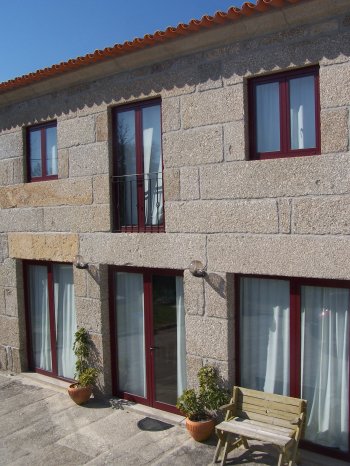 Stone House with two bedrooms, living room and kitchen. It also has a threshing floor in stone and garden. 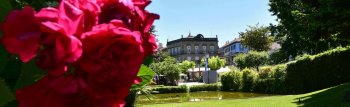 The municipality of Fafe, located at baixo Minho region, still preserves some rurality marks. In fact, this territory has marks of a rural aristocrac… 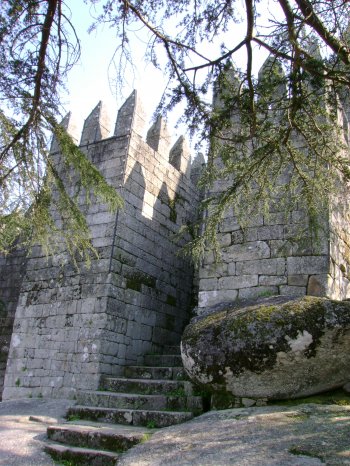 Located in the heart of Minho and in a region with designation of origin of the vinho Verde, halfway between Braga and Peneda-Gerês National Park, th… 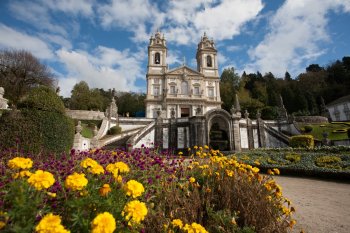 Braga has two sides: an ancient one and focused on a devout past and the other, more recent, focused on a young and dynamic future. It is known as th… 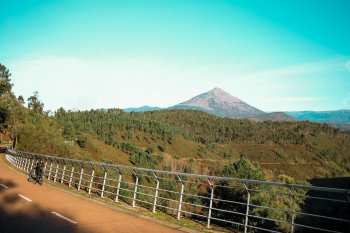 The municipality of Celorico de Basto, in Braga's district, is located in a mountainous region, under the influence of Alvão, Cabreira and Marão serr…