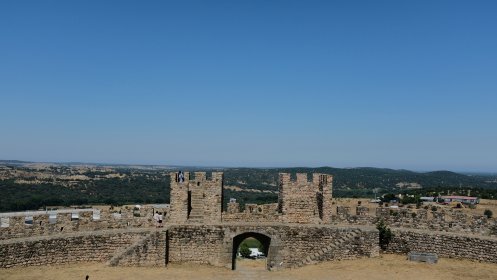 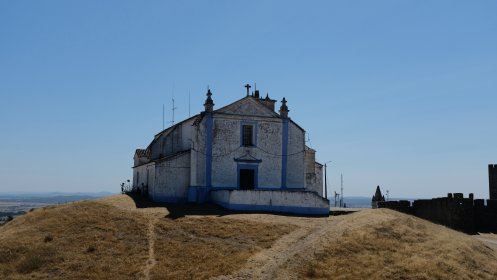 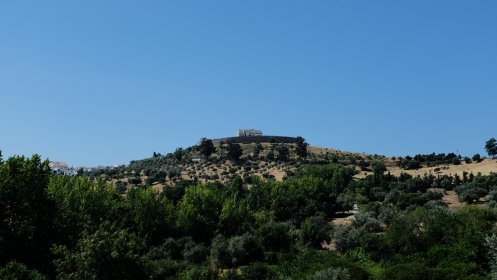 Romanesque-Gothic Castle built in the early 14th century, formed by two fortified sets. The fence is square and is defended by a turret and with two entries, the Santarém port and the port of the village. The Palace of the mayors, in conjunction with the wall of the fence on the northern façade was redesigned in 1480. The clock tower has moth manuelina. In the middle of the walled enclosure is the ancient parish church, a 16th century building quite damaged.

The former convent, rebuilt after the earthquake of 1755, stands the Church of a single nave, dating from the 17TH century.

16TH century construction characterized by architectural styles and decorative overlay, with a predominance of the Manueline-mudéjar Church and 17th century Ba…

Large font and vernacular architecture and romantic, built in 1827. In the late 20th century was added a penthouse in iron.

Church of Mannerist and Baroque architecture consists of a longitudinal plan with a single nave, a chancel, a vestry and a Bell Tower. Inside, the chancel of g…

Sculpture that honors the regional flagship product of Arraiolos: rugs. Known across the country, the tapestry of Arraiolos is characterized by being embroider…

This pillory is composed by a marble shaft; it is prismatic and spiralled after the ring. It is topped by a capital from which four iron arms come out with hoo…

Are you going to Arraiolos?

Best Of  in Arraiolos

What do do near Castelo de Arraiolos