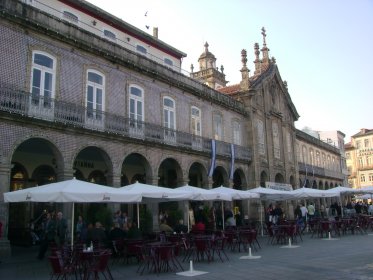 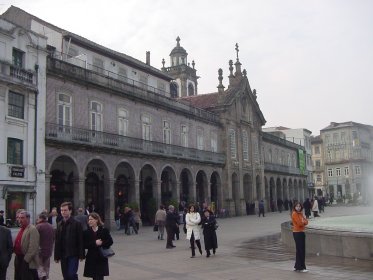 Built in 1715, by the spot where the medieval wall used to be, it had the castle behind, whose donjorl was preserved. In front of the arcade was the Campo de Santa Ana, ordered by D. Diogo de Sousa in the XVI century. Between 1761 and 1767, at the time of the archbishop D. Gaspar de Bragança, the central nucleus of the arcade was opened and the Igreja da Lapa (church), with an André Soares drawing, was built.

Baroque building dated from the XVIII century. On top of the building there are eight images representing martyrs and Apostles, by Carlos Amarante.

Its construction was ordered by the Archbishop Dom João Coimbra in 1525. It origin is probably Romanic, and the chapel has gothic lines. Inside are worthy of n…

Baroque and neoclassical Chapel, dating from the mid-18th century. In the 19th century was built the porch and also placed the main altarpiece. The interior fe…

Capela do Antigo Convento do Salvador

Integrated at the Asilo Conde da Agrolongo, dated from the XVII century, this chapel has the best examples of the finest religious architecture in Braga, where…

Baroque manor in L, with two floors, surrounded by a grating wall, which bounds a lovely garden. Inside are worth notice the stairs, the arcs and baroque decor…

This is an example of the urban and civil architecture characteristic of Braga in the XVI century. The doors and windows are covered with blinds, which represe…

Are you going to Braga?

Best Of  in Braga

Santuário do Bom Jesus do Monte

What do do near Arcada da Lapa