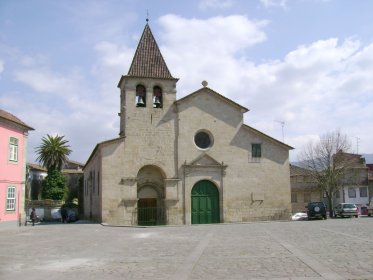 Medieval, Mannerist and late-Baroque church, with a composite longitudinal plan, with three naves and five bays. It was built in the Middle Ages, probably in the 12th century, on the ruins of previous temples. From the medieval construction, it preserves the bell tower, the portico and some sculptures. Inside, there is the Santíssimo Chapel, next to the chancel.

Building called Paço dos Duques de Bragança, despite having been built to house troops. It is an 18th century rectangular plant barracks where currently locate…

Built by Dom Dinis, this castle was of great strategic-military importance in the defense of northern Portugal. The two forts, both built during the Restoratio…

Legend of Mary keeping it that after this have had seven sons, and as at that time considered themselves infidels women who had more than one son, this sent fi…

Sculpture erected in tribute to the former Prime Minister of Portugal (in 1920), António Joaquim Granjo.

Are you going to Chaves?

Best Of  in Chaves