A belvedere filled with commemorative plaques in marble with parts of poems by famous Portuguese authors who studied in Coimbra. There is also an area, named "Retiro dos Poetas" (Poets' Corner) with effigies of authors such as Eça de Queiroz, António Nobre and João de Deus. The belvedere has magnificent town views.

XVIII century work with a magnificent baroque portal standing out. The front’s simplicity opposes to the decorative abundance inside, where the ceilings painted by the Lisbon artists António Simões and Vicente Nunes are worthy of note, as a well as a huge painting portraying D. João V, by Domenico Duprá. 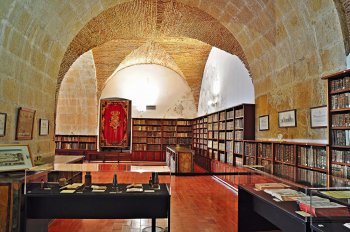 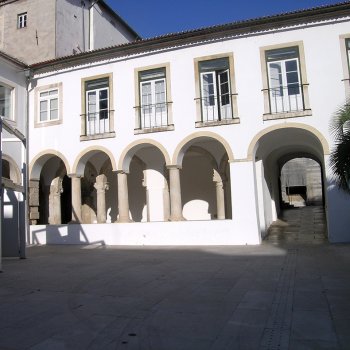 One of the loveliest city parks in Portugal, filled with gardens and luxurious trees. Located by the Mondego river, there are some statues and a nice bandstand by the architect Silva Pinto. 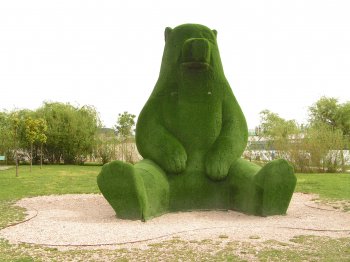 The Almedina arch was part of the medieval walls, going back to the XI century, as the Arabian toponym that means “the city” indicates. Nowadays it is the entrance to the ancient Coimbra, where you may observe a sculpture from the João de Ruão workshop. 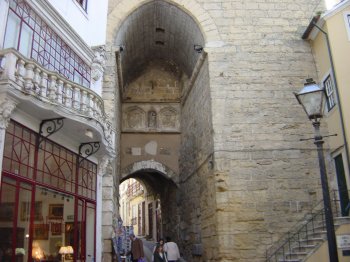 The Choupal Woods is one of the loveliest spots in town, with quite unique plant and animal species in Portugal. The Horse Riding Centre of Coimbra is located here.

The Bottanical Gardens were created by the Marquis of Pombal in Coimbra. It is rather lovely and has thousand of scientifically interesting species, bothe local and exotic, besides decorative elements such as tanks and fountains. The guided tours include a part of the woods, the cold hothouse, the topical hothouses and the garden's central square. 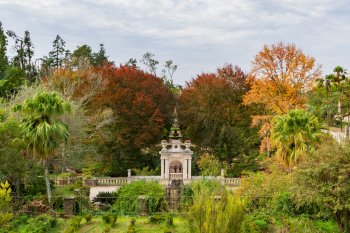 Monastic set with an emblematic portal. Inside are worthy of notice the manueline arched roof, the main-chapel, the sacristy, the Sala do Capítulo, the S. Teotónio Chapel and the cloister of Silence.

From the set stand out: the Porta Férrea, the Via Latina, the building of the former S. Pedro College, The Joanina Library, The S. Miguel Chapel, The Sala dos Capelos, the Sala de Exame Privado, the tower, the Gerais, and the Religious Art Museum. 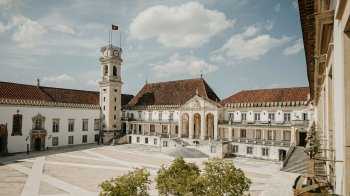 The importance of this place is mainly connected to the history of Pedro and Inês. The Quinta has a romantic beauty, with some botanic exemplars, the gothic window and the fountain (pointed out as being the “Fonte dos Amores” sang by Camões. 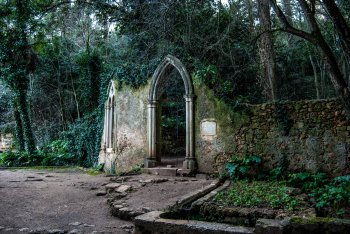