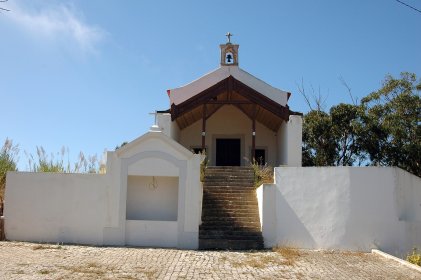 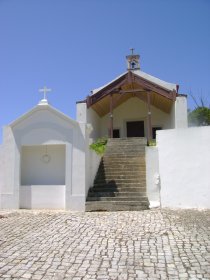 16TH century chapel built on the site where, according to tradition, arrived in the 12th century, Frei Rodrigo and Fr. Romano, bringing the image of Nossa Senhora da Nazaré from Mérida. This rural Chapel include the altarpiece of the high altar, the two boards with paintings of the 16th century and the remains of a 17th-century tiles.

Three source profusely ornamented with pillars, pinnacles and embossed scrolls, situated on the road to Nazareth to Flint.

Temple of ornate Mannerist style with a set of 1468, representing our Lady of mercy and with gilded altars. The exterior features animated straight lines by cl…

Probably built in the 16th century, only in the 18th century was built the pediment of the main door and the dome of the Bell Tower. Home emblazoned with the s…

Honor of the Association of voluntary firemen of Nazareth, the doctor José Laborinho Marques da Silveira, a doctor in the region. Bust of 1986.

Chapel built in 1760, at the behest of the Cistercians of Alcobaça, and dedicated to the cult of our Lady of the afflicted. Stands out for its facade, covered …

Chapel located in marginal da Nazaré, right on the seafront. It is characterized by possessing unique ship and a chancel. But the real highlight is the façade,…

Are you going to Nazaré?

Best Of  in Nazaré

What do do near Ermida de Nossa Senhora dos Anjos