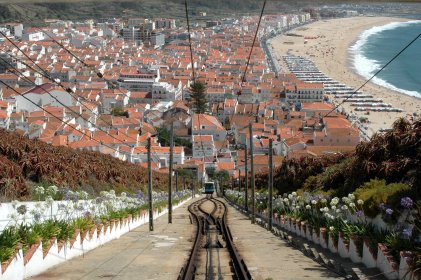 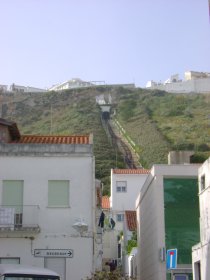 An elevator that connects the lowest part of Nazaré to the Sítio place, in a total of 318 metres. It was inaugurated in 1889. In 1963, after a serious accident, it stopped working for several years and started functioning again in 1968. Already in the 21st century, the wagons were renewed for the commodity and safety of the over one million people who use the elevator every year.

A 900 metres long pedestrian trail that connects Nazaré and Pederneira, a fishing village of medieval origins. There, one may visit the Mother Church of Our La…

A 3.5 kilometres long pedestrian walk from Nazaré to Praia do Norte (North Beach), a preserved space, surrounded by dunes and pine woods.

A 300 metres long pedestrian walk along the São Brás hill, with the peak at an altitude of 156 metres. This hill is surrounded by wide pine woods and is a priv…

Are you going to Nazaré?

Best Of  in Nazaré

What do do near Ascensor da Nazaré