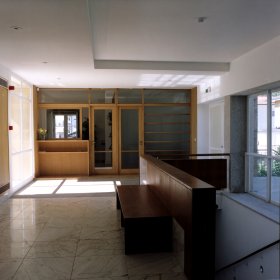 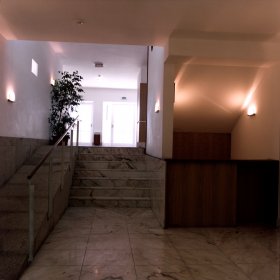 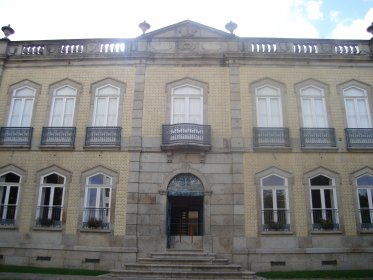 The Casa da Cultura (Culture House) is also named "Palacete da Granja" (Granja Manor) because it was built by a Portuguese that had come back from Brazil in 1822. One can appreciate some south American features such as the yellow tiles in the façades and the large doors and windows. A special note to the huge garden that surrounds the building. The House is used for cultural and recreational purposes and it has eexcellent exhibitions rooms and an auditorium with 187 seats. It has also an open air amphitheatre, located in its magnificent garden.

An amphitheatre with a small stage. Fabric chairs.

A space with a fine reading room and a looby with an exhibitions area at the entrance.

This library has thirty thousand books, from the most important works to dictionaries and monographies. Its most valuable book is the printing of "Os Lusíadas"…

The Foundation has an auditorium, a library mostly for the youngsters and a music school. The Fundação Lord opened on June 18, 1998, with the aim of giving its…

A museum located in a space by the Mother Church of Sobrosa. The church can only be visited when open.

Are you going to Paredes?

Best Of  in Paredes

What do do near Casa da Cultura de Paredes