The municipality of Santa Cruz, whose area of 95.5 km2 covers also the Desertas Islands, visible from the coast, lies on the South coast of Madeira Island and is composed of five villages: Santa Cruz and Caniço, towards the sea, and Gaula, Camacha and Santo António da Serra, in the interior of the municipality. The Foundation of the village who gave him the name dates back to the early 15TH century is therefore one of the oldest on the island, and its name is due to the discoverers who, coming to this land and finding some trunks tipped by time, of them did a cross that hung at the top of a tree, giving rise to the name of Santa Cruz. Alongside the construction of the cross, erected on a site in celebration of discovery cruise, who disappeared in 1889. The June 26, 1515, is created the municipality of Santa Cruz, and the village was elevated to a town on August 2, 1996. Currently, the County enjoys a high dynamic which is reflected in an evident economic and demographic growth, also thanks to the tourist potential and supply generated by the historic, cultural, natural richness and landscape of the County, with emphasis on the waterfront, the forest areas in the interior and the Natural Reserve of Selvagens Islands. Santa Cruz is also home of the Madeiran traditional arts, whose secular techniques if mirror in pieces of embroidery, wood, cane, straw, wicker and wooden spoons characteristics.

What to do in Santa Cruz 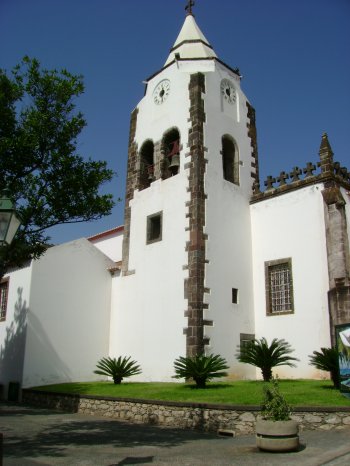 Dedicated to San Salvatore, the Chiesa Madre (mother church) of Santa Cruz resulted from the recovery of the chapel of souls, of the 17th century, which was based in another building of the beginning of the 16th century, following the … 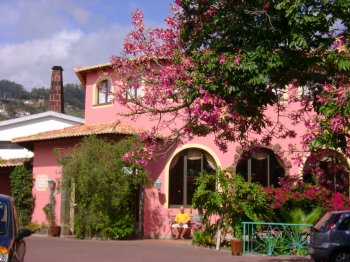 Hotel Quinta Splendida has spacious apartments and studios, a large outdoor heated swimming pool and a wonderful Botanical Garden, overlooking the sea. The more than a thousand species of plants and flowers that live there confers a unique landscape to … 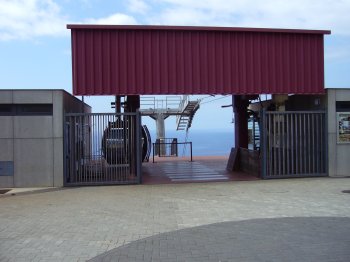 Cable car which connects Christ the King to the beach, in the parish of Caniço, Madeira. Was inaugurated on April 22, 2007 and has a capacity of eight people. 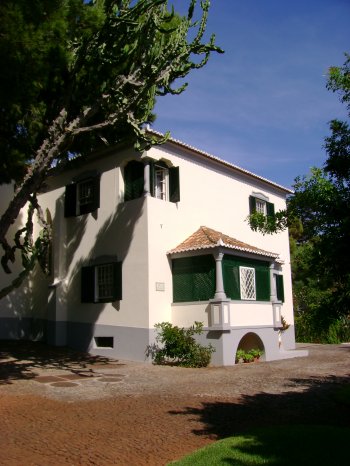 Farm offering a magnificent view over the Atlantic Ocean, well decorated in a rustic way. It has a restaurant, bars, a tennis court and pleasant gardens 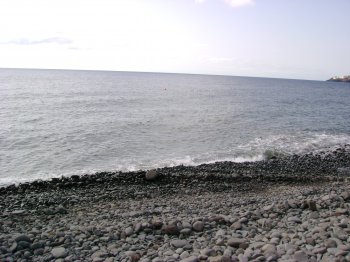 Very pleasant beach, rocky, divided in two areas: the swimming pools area and the basalt-pebble beach. It also has insufflated fittings for children. 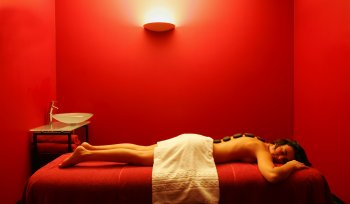 Involved in the setting of the botanical garden overlooking the Atlantic Ocean, this space is integrated in the Green and colourful Quinta Splendida Wellness Botanical Garden &. With contemporary décor of oriental inspiration, offers different types of massages, Thalasso, cosmetics … 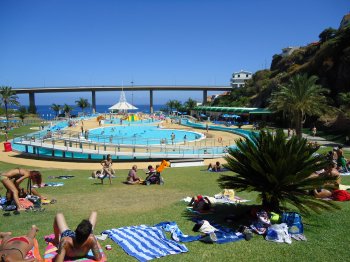 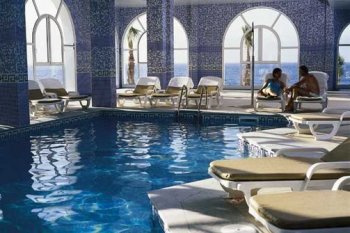 Located at the Hotel Riu Palace, right next to the beach of Reis Magos, this space invites to relaxation through ancient techniques from China, Tibet and India. 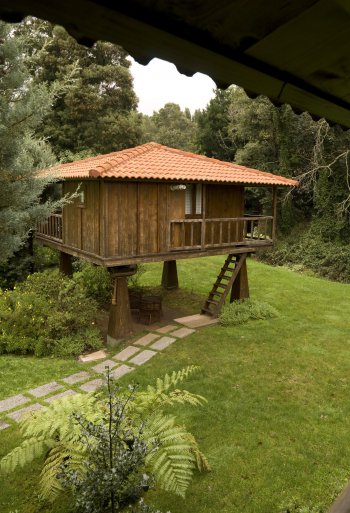 Located in the village of Santo da Serra, in full mountain, this project proposes different holidays, in full communion with nature. The wooden houses, like the mountain huts are built on stilts and are reminiscent of the traditional granaries in …

Where to eat in Santa Cruz 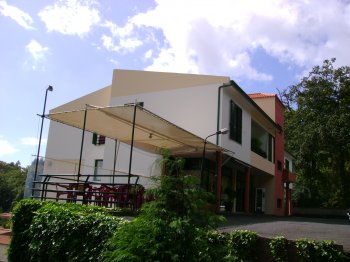 Large and pleasant restaurant, serving up Italian dishes, such as pizza. 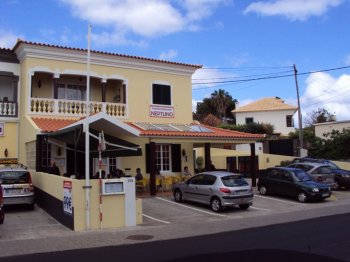 Rustic and welcoming space with a small esplanade. 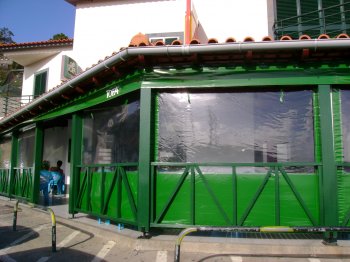 Simple and familiar space with a large, covered esplanade. 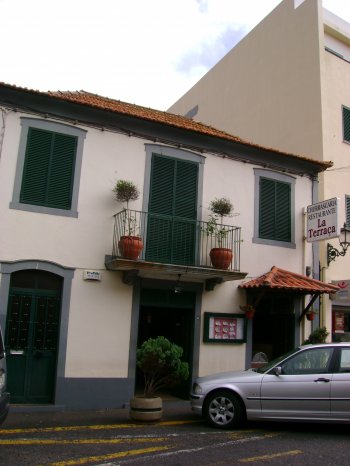 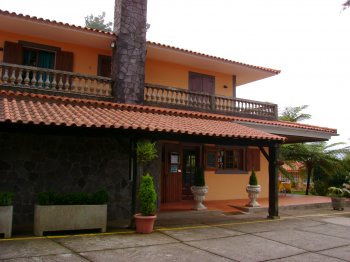 Restaurant at the Inn A Quinta, located on a slope surrounded by mountains. It offers regional dish…

Where to sleep in Santa Cruz 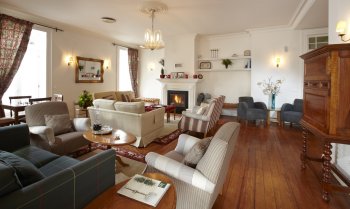 The former coaching inn Serra Golf, located in Santo da Serra, is now the Porto Bay Sierra Golf. Your name does not doubt, and the hotel is the best located ho… 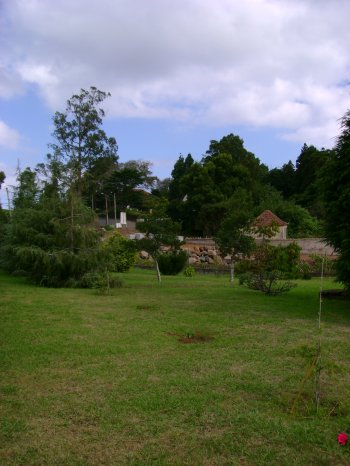 Manor house set on a farm with 14000m2, located in front of the Santo da Serra Golf Course and only 10 minutes away from Machico and Santa Cruz beaches. It of… 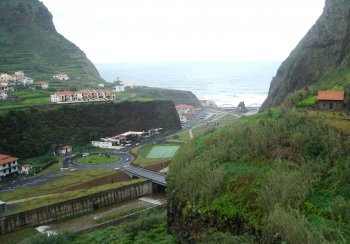 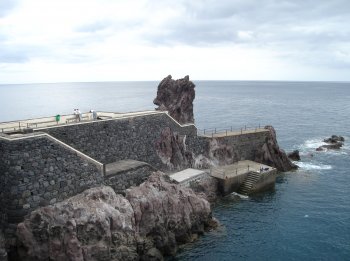 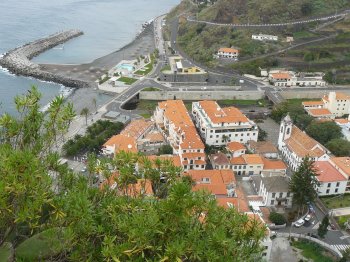 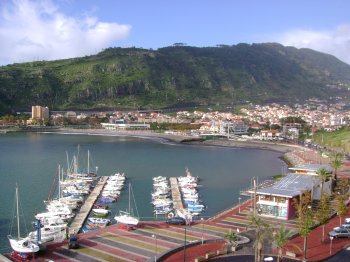