Candles, municipality with 119 km2 and about 5600 inhabitants, is one of two municipalities on the island of São Jorge. The village of candles was founded in the mid-15th century, having ascended the village before the end of this century. Its privileged position-on the South coast and with the morro grande and natural Bay to protect your village-enabled a rapid development in the 16th century, surpassing in importance, the other villages on the island, namely Calheta and Topo. Various disasters, such as volcanic eruptions, vulcãnicas (1580, 1757 and 1808), food crises and bad crop years (19TH century) and attacks of Corsairs (18TH 16th centuries), on the vila das Velas since its foundation. Already in the late 18TH century and the 19th century the Orange export resulted, economically, the County. Nowadays, ranching and agriculture continue to occupy a prominent position in the economy of the municipality. Despite its thin width, the County is quite hilly, and Pico da Esperança, its highest point, the 1053 meters of altitude. The near vertical cliffs along the coast are typical. However, are the cliffs (land cultivation plans along the coast, flanked by escarpments) that bounce in the sight of the tourist. Are, effectively, places of rare beauty, where the harmony between the vivicência of the people and the surrounding nature is worthy of record.

What to do in Velas 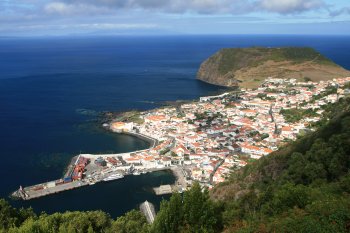 This viewpoint offers beautiful views over the marina, the ocean and, in the distance, on the islands of Pico and Faial. 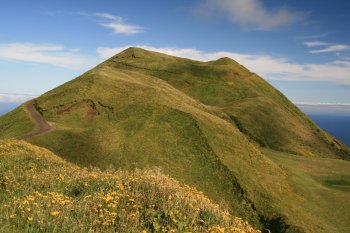 This viewpoint offers beautiful panoramic views of the verdant fields around, especially for a small lagoon. 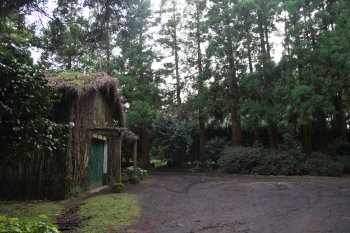 Recently officially opened in 1976, to offer visitors ample green areas, picnic areas, playground, playing fields, shelter houses and fences with animals of several species. We can also find here the Ermida de São João, the niche of San Isidro and the monument to the emigrant. 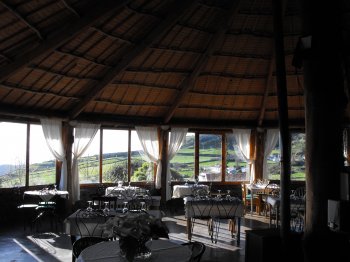 Restaurant with a curious configuration, where stands out the rusticity of the circular room, surrounded by large glazed walls. Beautiful views over the islands of Pico and Faial, accompanying the good home-cooked meal be expected from budget hotel in wood ovens. Open since 2003 by a Galician who fell in love with the island, features several traditional dishes, a mixture … 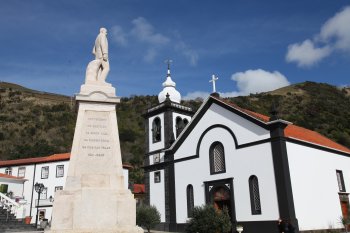 Church built by testament of Infante d. Henrique, in 1460. Inside is a collection of sacred art from the 17th and 18th centuries. 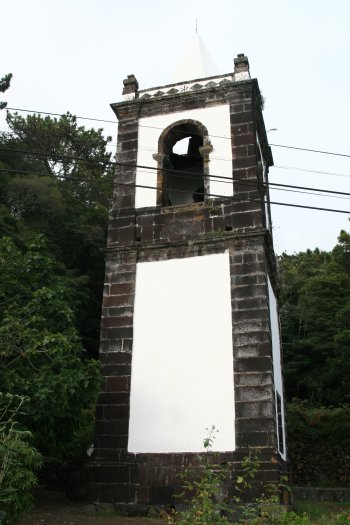 In 1808, a strong volcanic eruption destroyed the greater part of the village of Urzelina, leaving this time only this church tower. 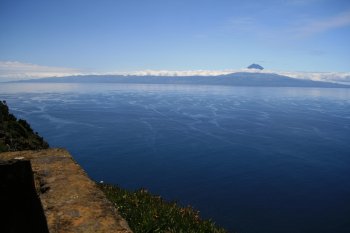 Viewpoint located on a cliff directly above the sea, offering beautiful views of the sea and, in the distance, on the islands of Pico and Faial. 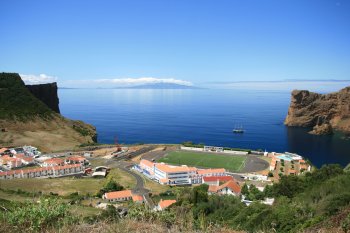 This viewpoint offers fantastic views of Candles, with the swimming pools and the football field to stand out on the sea and, in the distance, on the islands of Pico and Faial. 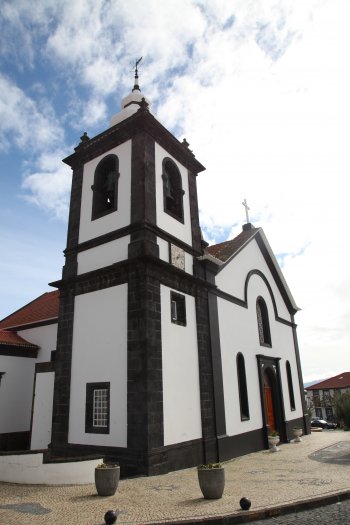 This museum displays a vast collection of sacred images and artefacts in silver. 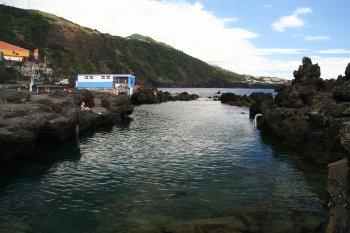 The geologic formation in this area created here one of the most popular bathing areas of the island. Resulting from the lava that flowed from the interior of the island, between the rocks protects small beaches where various competitions of … 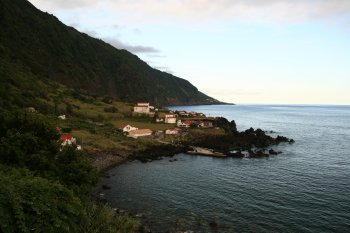 The island of São Jorge is also known for "Ilha das Fajãs" by the massive presence of these fertile locations, "flecked" by one or another White House that cut the landscape. Fajã das Almas, also known as Fajã do Calhau, … 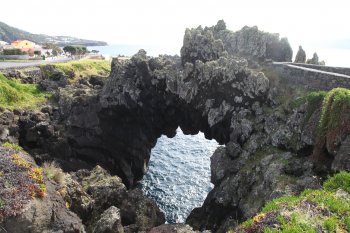 This natural arch in basaltic lava, located in Fajã da Ribeira da Areia, is of a grandeur that arouses curiosity. 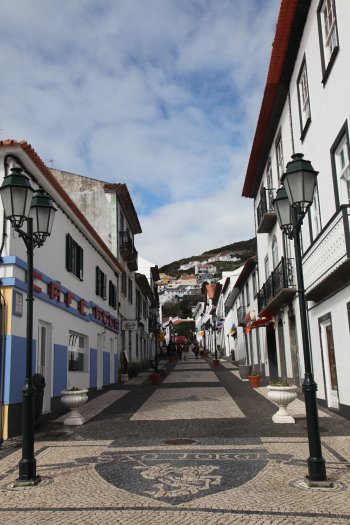 The sunny, picturesque Vila de Velas, peopled in the late 15th century, is an obligatory passing point during the visit to the "Fajãs Island". The church of Saint Jorge, the mother church and the church of Our Lady of Conceição … 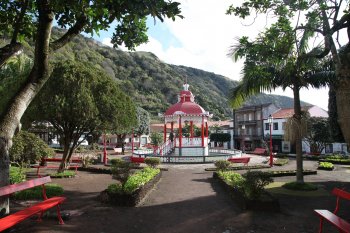 In this small and pleasant garden stands out in the Centre, the colourful Bandstand surrounded by flowerbeds and garden benches inviting moments of tranquility. 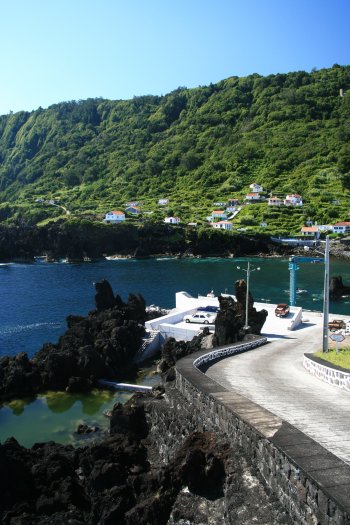 Also known as Fajã do Porto, the site has about 30 old houses and a road accessible by automobile. It has a chapel, in honor of our Lady of sorrows and numerous streams. It is known also for its pools … 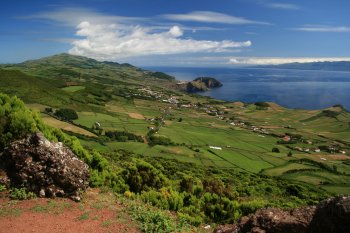 This viewpoint offers fantastic views over the cores, housing over the sea and, in the distance, on the islands of Pico and Faial. 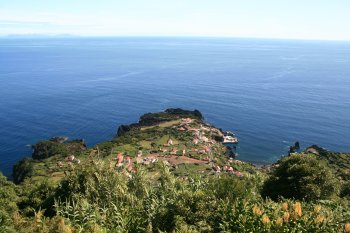 This viewpoint offers privileged views over the Fajã do Ouvidor, having the Ocean as a backdrop. 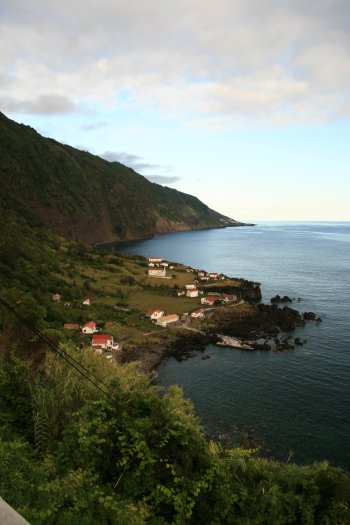 This viewpoint offers privileged views over the Fajã das Almas, having the sea as a backdrop. 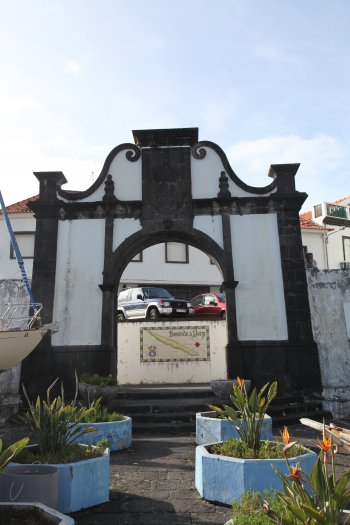 This gate is one of the few vestiges of the old fortress, built in the 18th century to defend the village from the pirates. It was built between 1797 and 1799 by Matias de Avelar. At the top of the … 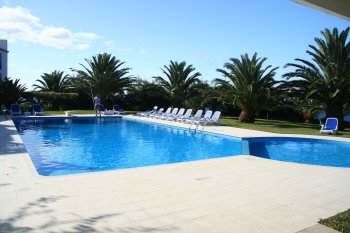 Hotel situated by the sea, 200 metres from the shopping and tourist locations and seven kilometres from the airport. Features 58 well-appointed rooms, some with private balconies and sea views. There is also a bar with terrace to the islands … 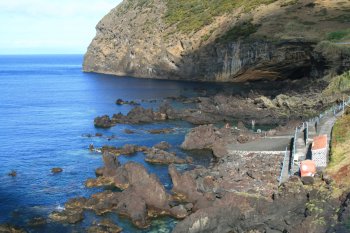 Fantastic natural pools of volcanic origin, surrounded by a backdrop of extreme beauty.

Where to eat in Velas

Restaurant with a curious configuration, where stands out the rusticity of the circular room, surro… 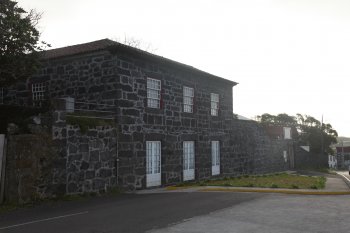 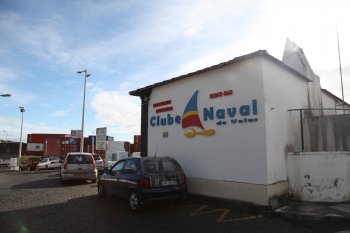 Restaurant inserted into small port of Candles, where you can enjoy good grilled while observing th…

Where to sleep in Velas 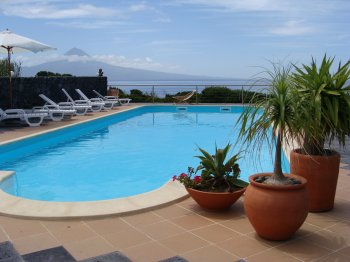 Modern and luxurious House, located just 200 metres from the sea. Enjoy the privileged views over the islands of Pico and Faial while relaxing in the outdoor p… 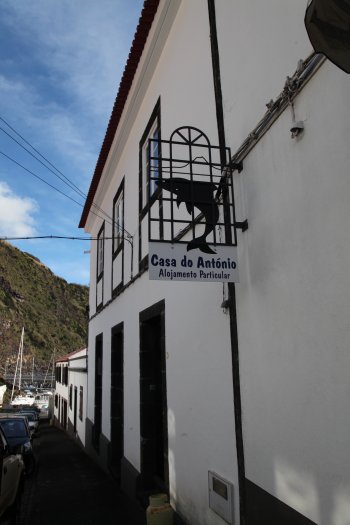 This particular accommodation is ideal for those who want to stay calm and relaxing but near the Centre of the village. The welcoming rooms, individually decor… 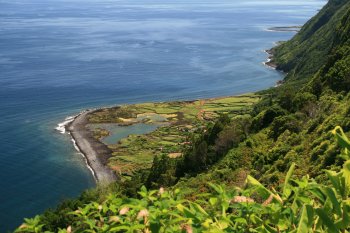 The village of Calheta was founded in the late 15th century (1483) and developed quickly, therefore becoming the county seat from 1534. With the exti…