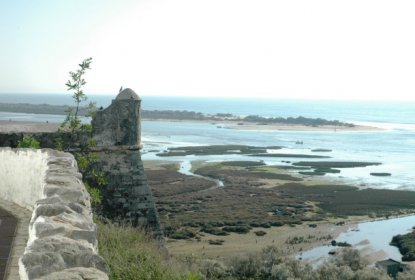 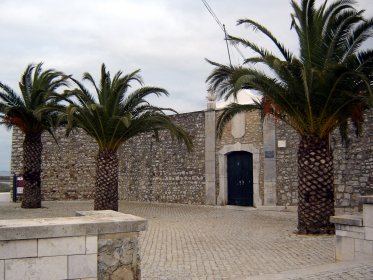 A fort also known as Fortress of Cacela, it stands in a dominant position by the mouth of the Formosa river bank. The primitive fortification was a Moorish castle that preceded the reconquest of the Iberian Peninsula. During the 16th century, already in ruins, it was rebuilt by orders of Dom João III or Dom Sebastião. After the earthquake of 1755, it was rebuilt again by Dom Francisco de Noronha and the works were finished in 1794.

A bronze bust in memory of Lutgarda Guimarães de Caires, poet and sociologist. Located at Vila Real de Santo António's public garden, by the right bank of the …

A marble 1936 spout, made of a pillar that divides two semi-circular tanks, each with a faucet.

A bronze statue that depicts a fireman at work, holding a hose, in real life size (1.70 m). Located in a garden.

A church built in the 18th century, with a special note, on the side chapels, to "rocaille" style retables. It has a large gate with a window with grids on the…

An obelisk located in th centre of a large square and built as a tribute to king Dom José I. Surrounded by small pillars it has an iron at the top.

Are you going to Vila Real de Santo António?

What do do near Muralhas e Forte de Cacela Velha