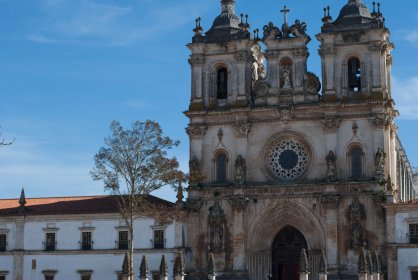 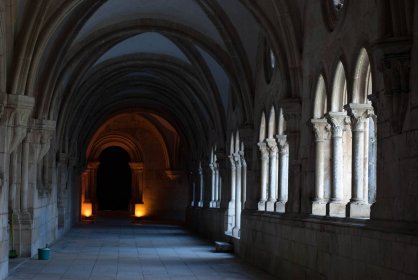 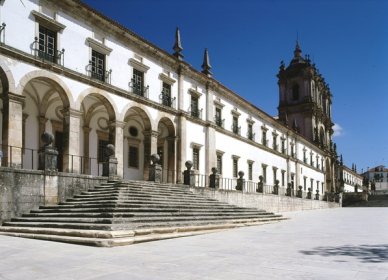 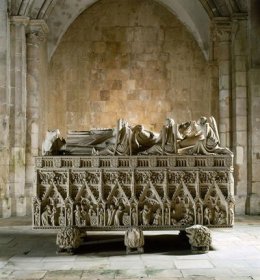 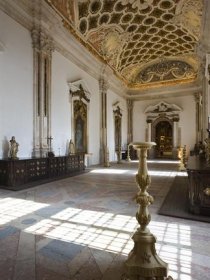 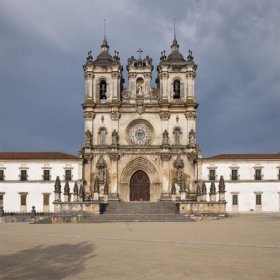 This Monument was constructed by the Cistercian Rule monks between 1178 and 1254 following the model from the Mother House from Cistercian Rule in Claraval, France. The Monastery is composed by three bodies: the church, the North and South wings where it was respectively located the Kings and Court chambers when visiting and the Abbot and Monks residences. From the original façade there are some preserved elements like the crenels on the side walls, the Gothic doorway and the lateral windows. The baroque towers were added in the 18th century. The church is the biggest one in Portugal with three naves in twelve bays covered by a vault finishing in a transept formed by three naves where, on the right side it is placed Don Pedro I tomb and on the left side it is D. Inês de Castro tomb. In this oeuvre, one stands out the Ambulatory, the Chapel of Saint Bernard, the Relic and Senhor dos Passos chapels. On the Cloister lower floor there is the Chapter Room from the 14th century, with sixteen hundreds sculptures, the Monks Rooms in tramples, the Refectory and the Lavatory. On the Room of the Kings one stands out the clay statues from all the Portuguese Kings until D. José and the 18th century panel tiles telling the history of the Monastery of Alcobaça formation. On the Cloister upper floor in Manueline decoration there is the vast dormitory for the Monks. On the outside it is located the Baroque chapel of N.ª Sr.ª do Desterro from the 17th century.

Installed on a rise about 70 meters west of the monastery, Alcobaça Castle was sent to build by d. Afonso Henriques in 1147, on the presumed ruins of a fortifi…

Are you going to Alcobaça?

Best Of  in Alcobaça

What do do near Mosteiro de Alcobaça