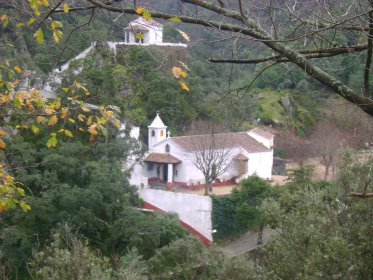 Sanctuary consisting of four chapels: Capela de São João (15th century), the chapel of the Lord of agony (19TH century), the chapel of Nossa senhora da Piedade (17th century as probable) and Senhor dos Aflitos Chapel. These chapels were built one at a time, between the 15th and 19th centuries. Its interiors retain sculptures, like that of St. John the Evangelist in painted limestone and the Senhora da Piedade, the latter of which usually goes out in days of procession.

Castle located on the outskirts of the village of Lousã mountain countryside. Consists of the donjon, torn by loopholes for a small irregular fence and some cu…

Source all built in stone, with a spout and two small quadrangular bases.

Romanesque bridge, all built in stone, located on the rio Arouce.

Are you going to Lousã?

Best Of  in Lousã

What do do near Santuário de Nossa Senhora da Piedade