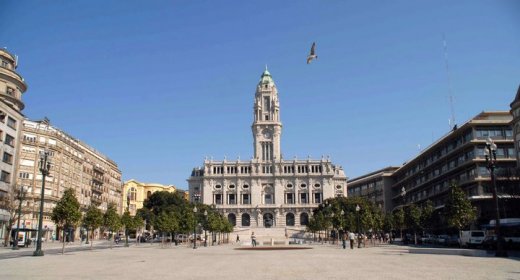 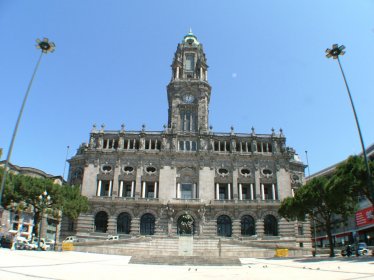 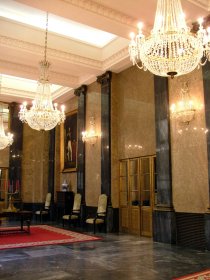 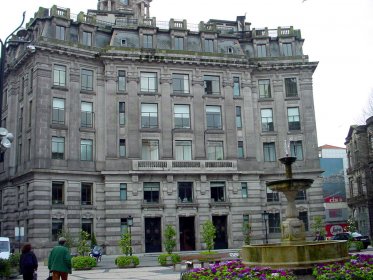 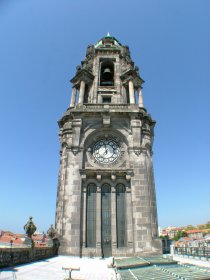 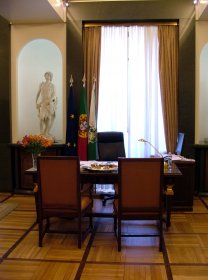 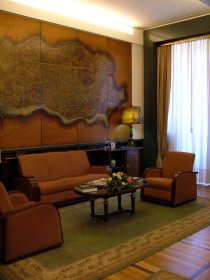 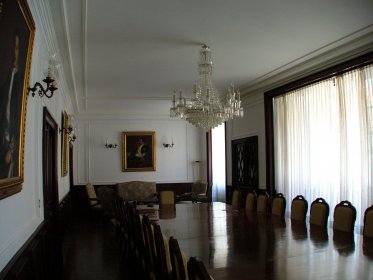 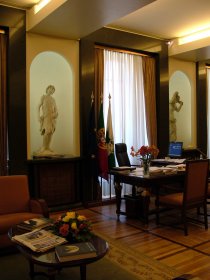 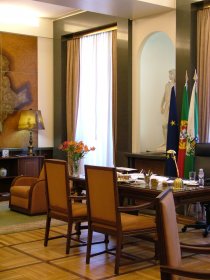 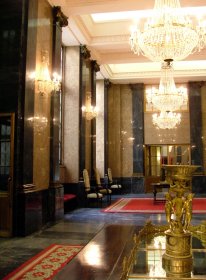 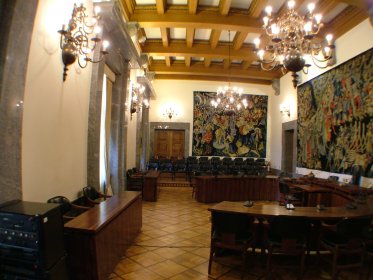 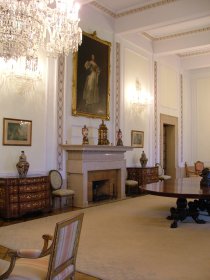 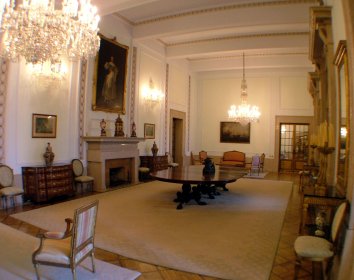 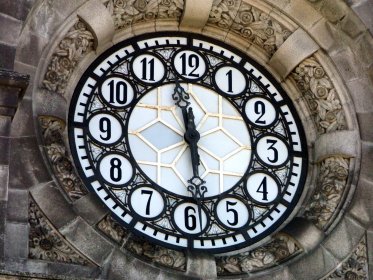 Construction of the building began in the 1920s and dragged on for many years. It was finally inaugurated on 24 June, 1957. The work was architecturally inspired in the great communal palaces of northern France and Flanders. The building consists of a basement, six floors and interior patios, occupying an area of ​​2,438 m2. Constructed of granite from the quarries of S. Gens and Fafe, with the remaining materials being: reinforced concrete, marbles of different colours and oak and sucupira woods. In front of the main door and framed by the ramp is the statue of Almeida Garrett, inaugurated in 1954 to commemorate the first centenary of the author's death. On entering the building we come across a vast granite staircase that allows access to the noble floor. Here are four frescoes that evoke personalities of the Portuguese history: Dom Afonso Henriques, first king of Portugal, Infante Dom Henrique, promoter of the discoveries, Afonso Martins Alho, bourgeois of Porto and businessman of the first commercial treaty with England, and Camilo Castelo Branco, the bohemian novelist. In the balcony of this floor there are still four statues symbolizing the riches of the north of Portugal: the Earth, the Sea, the Vine and the Work.

With a great architectonical simplicity, the Almas chapel dates from the beginning of the XVIII, and was repaired and enlarged in 1801. In 1929, the façades we…

This chapel is all that’s left of the Fradelhos place that existed here, when the way from the chapel to the Gonçalo Cristóvão Street was an open country.

The Chafariz do Laranjal has a central column with ajutages spilling water into a tank. Before being placed at the Largo da Trindade, this fountain used to be …

More than a café, Majestic symbolizes an important part of the city's history. It was inaugurated on December 17, 1921, under the name of Elite. Despite the fr…

This is the statue of a naked young woman, by Henrique Moreira, with the arms resting on the marble plinth and her head slightly hanging. It is called “the na…