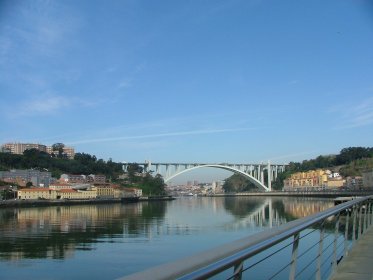 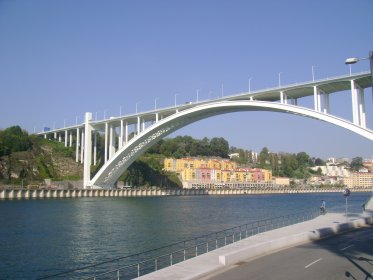 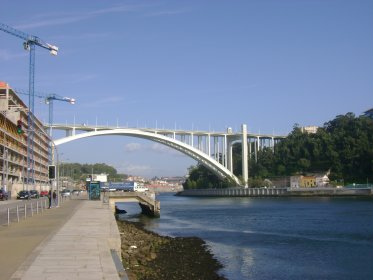 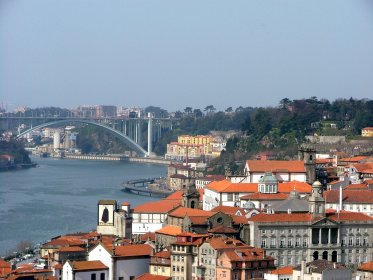 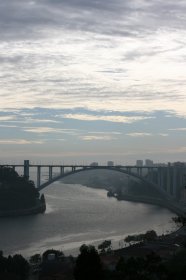 Planned by Edgar Cardoso and opened in 1963 (although the Works began in 1957), the Arrábida Bridge was one of the more advanced architectonic works of its time. The 270 metres concrete span was, for some years, a world record on this kind of bridges. The arch spire has 52 meters and the roadway rises to 70 meters height. It is said that, at the opening, many photographers and journalists from abroad came to witness an expected tragedy, because it was common sense that the “large” configuration of the bridge would not stand the weight of the vehicles. Today, it is one of the privileged Douro crossing bridges (between Porto and Vila Nova de Gaia). With the opening of the Freixo Bridge it has lost a great deal of the long course traffic (Porto – Lisbon), to which it has initially built for.

The construction of the new Port customs building was designed in 1859, by the French engineer C.F.G. Colson. It has an area of 36000 m2 and comprises three ma…

Contemporaneous of the emblematic and neighbour Clérigos Tower, this building of the XVIII century was, for many years, a prison. On its dungeons were men like…

What do do near Ponte da Arrábida