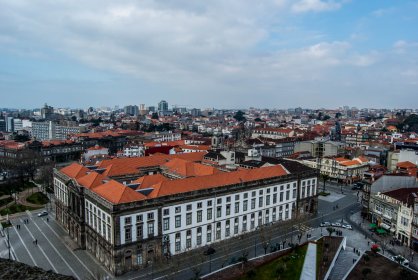 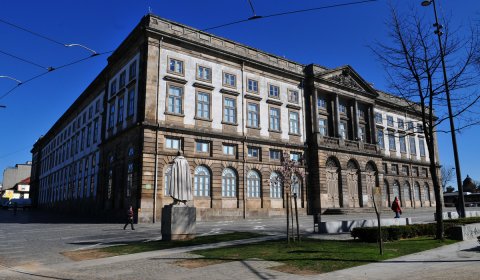 This building was first the Real Academia da Marinha do Comércio, (Navy and Commerce Royal Academy), then the Academia Politécnica (Polytechnic Academy) that later became the Sciences Faculty. Its construction began before the first French invasion and finished in the XIX century, at the same spot where a former XVII century used to be: the Graça Church, annex to the Recolhimento dos Orfãos, founded in 1651 by the father Baltasar Guedes. The temple still existed during the city siege and, at that time, abandoned, it became a blood hospital. In the middle of the last century, it was demolished to do the present building.

Monuments near Universidade do Porto

Contemporaneous of the emblematic and neighbour Clérigos Tower, this building of the XVIII century was, for many years, a prison. On its dungeons were men like…

This chapel exists since the XV century and, at the façade, a curious XVIII century niche stands out, with the images of Nossa Senhora da Silva, São João Bapti…

The Leões Fountain, from 1878, is at the Praça Gomes Teixeira centre. This fountain, made in cast iron, was created in 1877 by the Compagnie Générale des Eaux …

XVII century temple, built at the place where a former synagogue used to be. At the inside you may admire chromium plated panels and golden wood carving works.

Built in a neo-Gothic style, the bookstore has a magnificent façade, formed by a wide arched arch, whose entrance is divided into a central door, flanked by tw…

What do do near Universidade do Porto