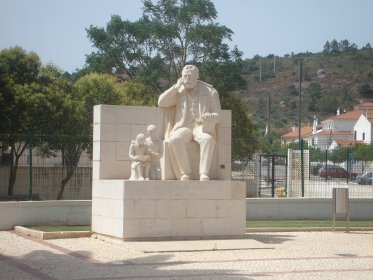 Statue that pays homage to João de Deus. João de Deus was an eminent lyrical poet who, during his lifetime, was considered to be foremost amongst his peers. He was also the pioneer of a new teaching method that aimed to simplify teaching reading to children, the Cartilha Maternal. He was very popular during his lifetime and as such was laid to rest at the National Pantheon (Panteão Nacional). To this day he is still referred to as the poet of love.

Temple built in the 16th century, during the transition period between Manueline and Renaissance style. It has an interesting baroque façade, added at a later …

What do do near Estátua de João de Deus