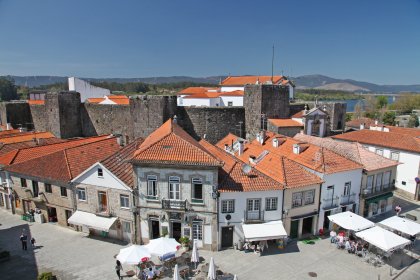 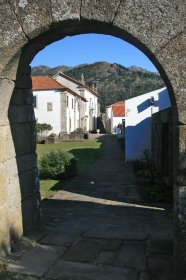 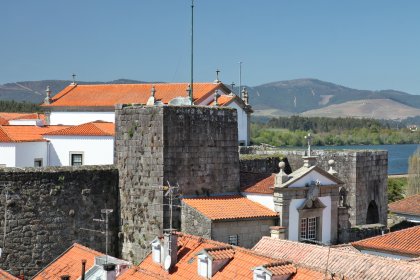 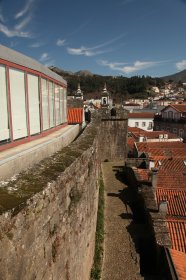 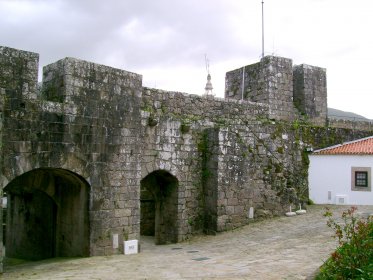 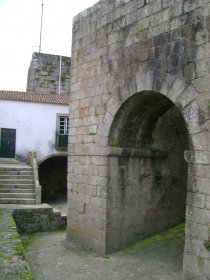 Located on a hill, this oval plant Castle, preserves the curtain of bulwark of the Angel St. Michael. It was built in 1320 by order of Dom Dinis, aiming to defend the newly established village of Cerveira. The intramuros are different monuments, notably the pelourinho, the Church and the chapel. The fortifications built in six hundred were destroyed with urban growth. In the 19th century, the growth of village sacrificed a good portion of the fortification, having disappeared the donjon and the North wall. In the following century, after having been classified as a national monument, the castle was refurbished, being transformed into a Pousada de Portugal.

Sculpture of Alberto Vargas, representing Abel and Cain, sons of Adam and Eve.

Baroque chapel of longitudinal and plant body only, simple lines with major Baroque altarpiece, of three cloths, in gilt.

Sculpture of José Rodrigues, of 1983, composed of elements of iron, a stone suspended and a fountain of water.

Work of art in iron and granite, from 1970, the sculptress Clara Meneres.

What do do near Castelo de Vila Nova de Cerveira