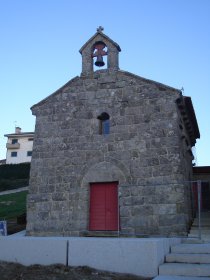 This church is already mentioned in documents dating from 1220, as an integral part of the patronage of the monastery of Santa Maria de Pombeiro. However, the current building features more Gothic-influenced late, even if you have resorted to the Romanesque construction. The chapel was probably built in the 13th century, when d. Mendo de Sousa settled in place of Vila Verde. Today, can still be seen fresh evidence by Master Arnaus in the chancel, and the flooring plaster decorated with paintings on the ship. Doomed to abandonment from 1866, due to the construction of a new parish church on the site was fully recovered between 2004 and 2006 in the framework of the project the route of the Romanesque of the Sousa Valley. Is in the process of sorting.

A well preserved water mill in the banks of the Vizela river. It is currently working.

A well preserved roman road. Its dimensions are still uncertain since it is still being excavated.

Are you going to Felgueiras?

Best Of  in Felgueiras

What do do near Igreja de São Mamede de Vila Verde