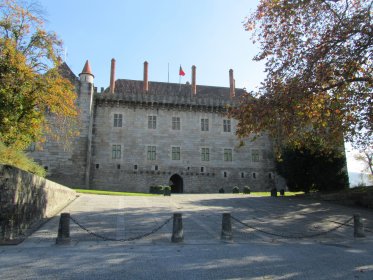 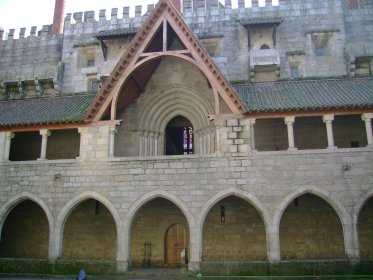 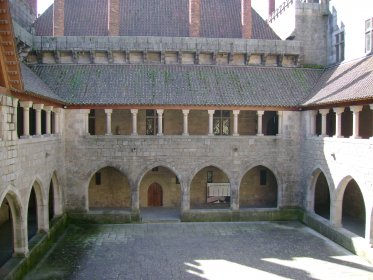 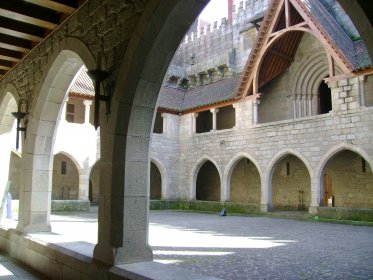 15th century monument built by Dom Afonso, Count of Barcelos. Large building, with four bodies that surround an interior courtyard with a rectangular plan. This construction occupied the place of the old palace of the Leonese kings. Much changed over the centuries, it was recently restored. Noteworthy are the Gothic chapel portal, the "lost steps" and the banquet hall. It has a museum where the four copies of Pastrana tapestries, which narrate some steps of the conquests in Africa, the core of Flemish tapestries, Portuguese furniture from the post-discovery period and also porcelain and weapons from the 15th to the 19th century are worthy of mention.

Its construction started in the end of the 14th century and was only completed a few centuries later. In the 17th century was the subject of profound renovatio…

Bronze bust placed on a base of granite, erected in honor of the archaeologist and writer Martins Sarmento.

This is one of the seven chapels built in 1727 by the brotherhood of our Lady of consolation and Santos Passos, demonstration of popular devotion to the Passio…

17TH-century Mannerist Temple, with an original exterior pulpit where alpendrada is located. Inside it is possible to observe the family tiles of Camellias.

What do do near Paço dos Duques de Bragança