Although born and died in Vila do Conde, José Régio lived in Portalegre. It is not difficult to find in this region references to the writer, as is the Casa Museu José Régio. The housing where the poet lived, while he taught for more than thirty years, is a museum where are its collections, as well as personal objects. Nearby you can enjoy the Serra de São Mamede Natural Park. In addition to his viewpoints, with stunning views, the site invites you to unforgettable hiking. Is this mountain range that is the largest colony of bats in Europe. Other viewpoints locations provide magnificent views as those of Santa Luzia and da Senhora da Penha. In the capital of Alto Alentejo, the tapestries are the best-known crafts, there is even a Museu de Tapeçarias de Portalegre. To learn more about the County there is the interpretive center, inside the Castle, and the Municipal Museum. The cuisine gives the typical Alentejo flavours taste. On the menus of local restaurants is easy to find if the tomato soup, the "migas de pão" and lamb stew. In the city centre, discover the ramparts, manor houses and religious buildings. The "Porta do Alegrete" is one of the main entrances to the old medieval wall and the remains of the former convent of Santa Clara are the best-known monuments, alongside the Castle, the Cathedral and the monastery of São Bernardo. On Praça da República live city turmoil, by welcoming some traditional trade. Ever since the 19th century took the market town and was a major point of trade. To rest, the Jardim da Alameda da Liberdade is a good option. Has small lakes and shaded terraces of high trees, including a giant plane tree, with more than 20 meters high, located in the Rossio.

What to do in Portalegre 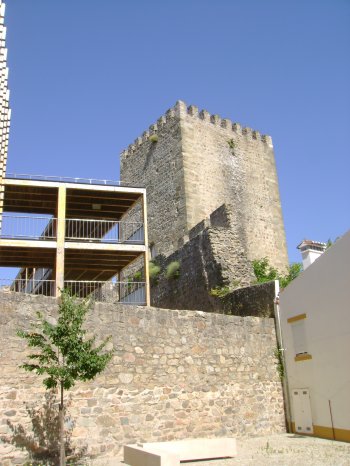 Castle founded by Dom Dinis in 1290, deployed in the most Uptown. Originally, had a double wall with twelve towers and eight gates. This unique construction, only a few walls and panels of three towers. 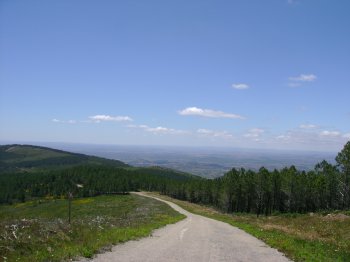 On the plain Alentejo region, the very idea of a hill is like the idea of an oasis in the desert. But that is precisely what the São Mamede Hill Natural Park is. This magnificent set of mountains, the highest to the south of the Tagus river, spreads from Castelo de Vide to the southeast and is topped by the … 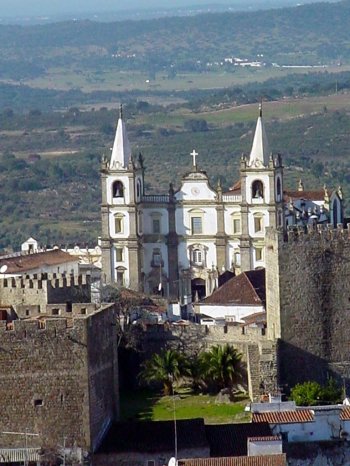 Established in the 16th century this renaissance style construction underwent several modifications during the 18th century, especially on the outside. On the inside, there are 17th century tile panels and an outstanding collection of Mannerist paintings, unique of this kind in Portugal. More that ninety paintings make up the retables on the main altar and lateral chapels. Inside the Cathedral … 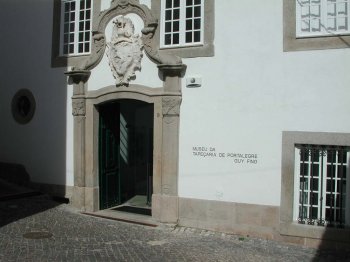 A museum devoted to the presentation, preservations and study of the Portalegre tapestries. It is composed of several areas of permanent exhibitions, a gallery of temporary exhibitions and an auditorium.

Museum opened in 1918 and located in a 16TH-century noble home, located next to the Cathedral. After restoration, it reopened in 2012. The museological and museographic program highlights include the collection of religious art and of stoneware. In the temporary … 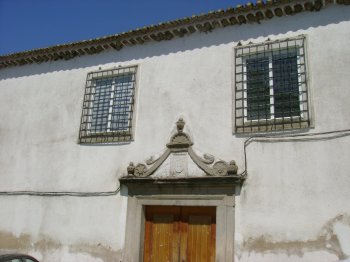 The primitive Church completed in 1389, nothing remains. In the 15th and 16th centuries were modified the cloisters and other dependencies, having undergone too many changes in the 18th century. The 18TH century former convent survives, currently a part of … 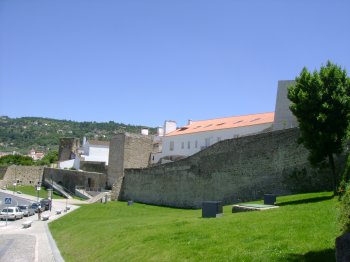 These walls with two doors were originally built on the 13th century. Later, on the 17th century, it was built the fortress with bastions from Portalegre enclosure. 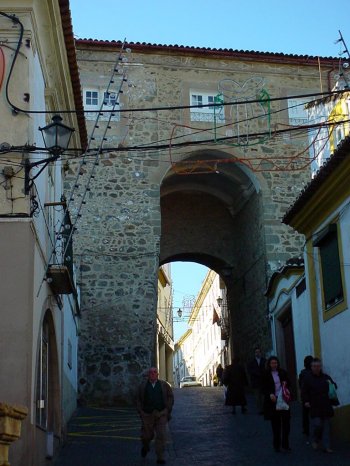 Door dated from the XIII and XIV centuries, that forms an arch over the Street 5 de Outubro. 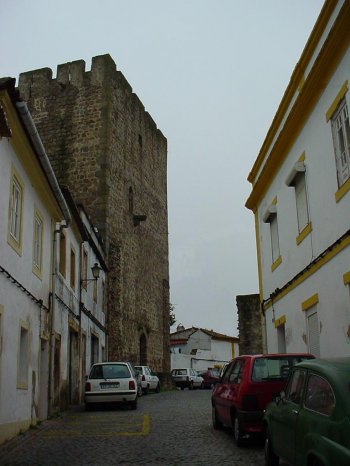 Founded by Dom Dinis, Portalegre Castle indicated the strategically importance that Portalegre town assumed in the defence of High Alentejo border. The initial complex was formed by a double wall involving the town perimeter with twelve towers and seven doors. … 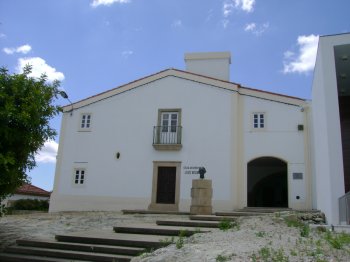 A house where José Régio once lived, where artefacts the poet collected throughout his life can be seen. Among them, the collections of religious art and the regional craftswork. 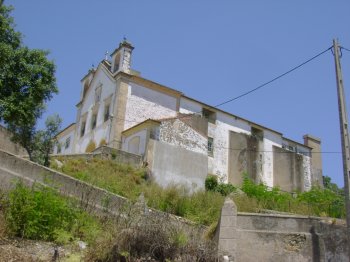 The first cloister consists of a vast landscaped quad. The Center, a granite font dated to the 17th century.The two-storey cloister has four double arches on each side, separated outwardly by foothills monumental equipped. The second cloister is identical configuration, … 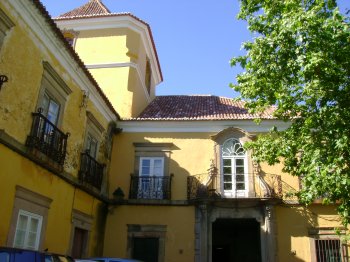 This house was build in the middle of the 17th century; it suffered several transformations through the 18th and 19th centuries. From the original construction it only remains eleven windows in forged iron railings. The main door and the window … 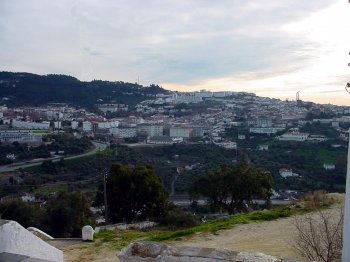 The Sanctuary of Nossa Senhora da Penha is a Baroque chapel dated from the 17th century composed with one only nave, a main chapel and a campanile. On the inside the frescoes have to be pointed out. 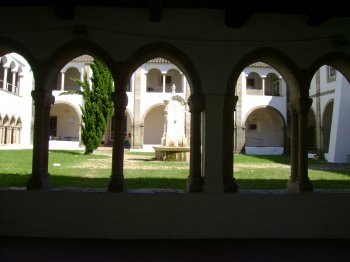 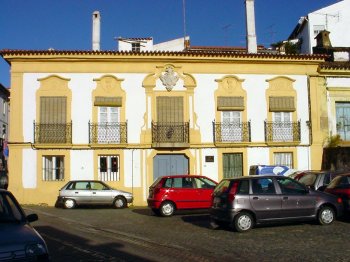 Emblazoned house dated from the XVIII century, with large rooms and furniture from the same period. Near here is a golf course. 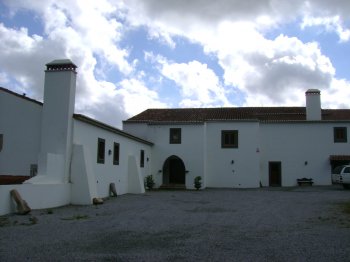 Convent of the middle ages, rehabilitated in the 15th century by Bishop Dom Jorge de Melo. It offers seven rooms and two suites, all well equipped, and even a swimming pool, a lounge and a children's room. Classified as Municipal …

The 10 miles of Portalegre, in a small space but very welcoming, are served snacks and typical dishes of the region, passing by the conventual sweets and Alentejo wines. 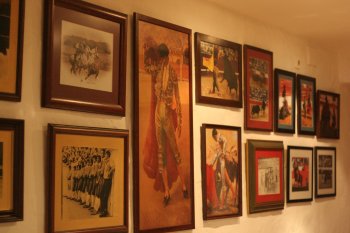 Restaurant with a rustic environment where tradition reigns in the food, typical Alentejo, as well as in all the surrounding space, capable of delivering quality products, traditional, hearty cooking, served with love. Bullfighting motives are exposed on the walls. The … 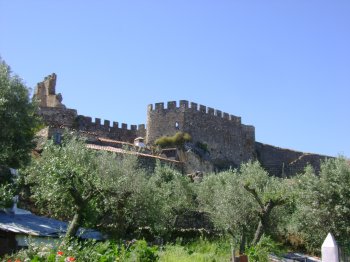 Castle located in a border area that was the scene of many campaigns warriors. Amuralhamento construction of the fence, reinforced by towers semicilíndricas, due to a deal between the people of Alegrete and King Dinis: residents built the wall and … 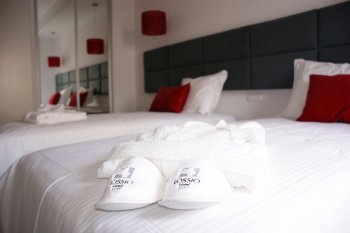 Four star Hotel located in the Centre of the city of Portalegre. It has 18 different rooms, including a room adapted for people with reduced mobility. All rooms are themed and inspired in the region and in the municipalities that … 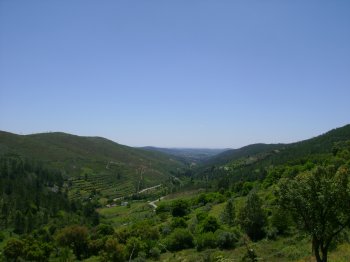 This hill comprises a part of the municipalities of Arronches, Castelo de Vide, Marvão and Portalegre. It is quite varied in geological terms, with diverse vegetation and a quite varied fauna. There are also many historical vestiges from the Paleolithic … 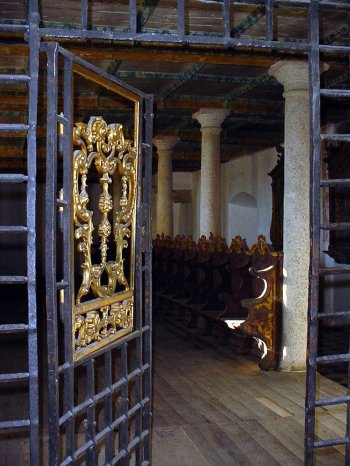 This temple was constructed in 1530 and it suffered several transformations especially during the 18th century. From the original outline it kept the giants sustaining the main chapel. It presents a portico with round arch with cherubim. On the inside …

Where to eat in Portalegre 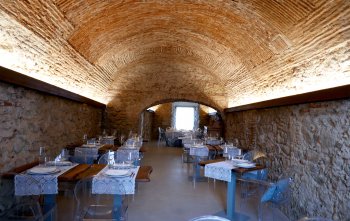 Restaurant with a rustic environment where tradition reigns in the food, typical Alentejo, as well …

Where to sleep in Portalegre 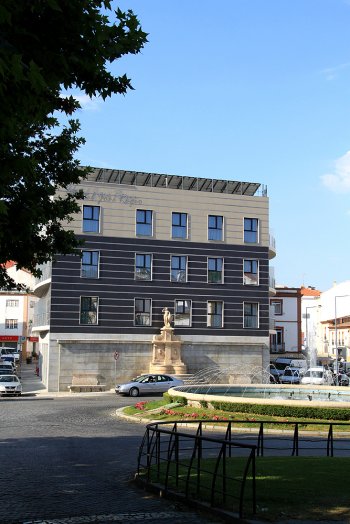 Four star Hotel located in the Centre of the city of Portalegre. It has 18 different rooms, including a room adapted for people with reduced mobility. All room… 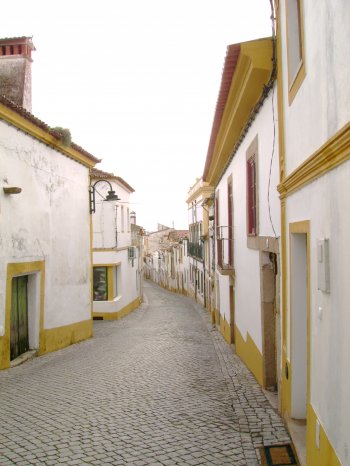 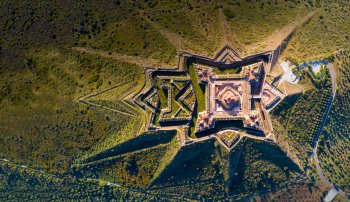 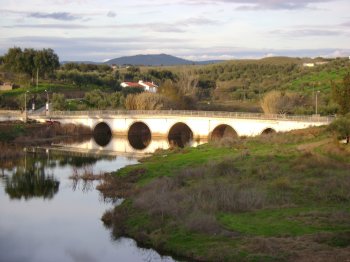