Magical place, where the past blends with the present and the Kingdom of fantasy mingles with reality, Sintra is classified by UNESCO as Cultural and Landscape heritage of humanity. The Serra de Sintra, with an area of 10 by five kilometers, is one of the ex-libris of the zone. The various farms, palaces, viewpoints and trails that have been being built makes this saw a place extremely rich architectural, historical and environmental level. Of the various existing monuments in the municipality, a few stand out for their beauty and sumptuousness: Pena National Palace, the Palace of Seteais, the Monserrate Palace and the Capuchos convent. Due to its beauty and wealth, Sintra was populated from an early age. The first references date back to the prehistoric times, leaving some monuments to prove it: the megalithic monument of Tholos of Monk, the Neolithic Dolmen de Monte Abraao, the Neolithic menhirs of the barrier, the Neolithic Dolmen de Agualva and the dolmen of stretch marks. Later, the Roman occupation left so many traces: the Roman bridge, the stretch of Roman road, the villa of São Miguel de Odrinhas, Armés, the Beautiful and the fortified village of Olelas. The gastronomic level, Sintra boasts delicious delicacies such as roast lamb, pork at Mercês, the veal to Sintra, the stew of Daffodil and alcaboz and, for dessert, the Sintra's cheesecakes, the pillows and fluffy. To accompany, taste the famous wine of Necklaces. Completing the tourist offer of this beautiful location, especially its beaches of clear waters: the Cabo da Roca, the praia das Maçãs, praia da Aguda, praia de São Julião and praia da Adraga. Be sure to visit the village of Azenhas do Mar, with a small beach with rocks and natural pools.

What to do in Sintra 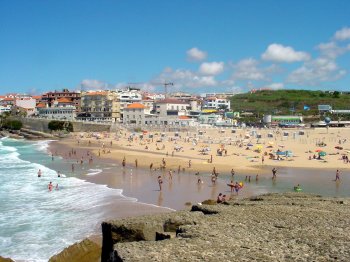 A beach with a wide stretch of sand in the mouth of the Colares brook, easy to get to, with a picturesque tram that goes down the valley. There are lovely rocky formations surrounded by the small town of Colares. The space has a playground and typical restaurants that serve mostly fish and shellfish dishes. 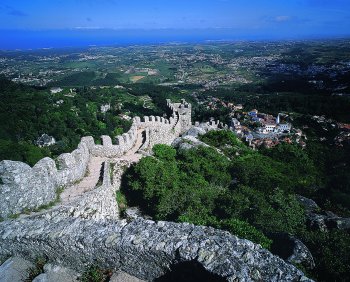 Castle built in the 12th century, suffering after several modifications, above all in the reign of Dom Fernando II. It is from this period that possibly date his current appearance. The primitive Moorish Castle subsist the cistern, the line of battlements and square towers which reinforce the wall. Within the grounds there is a Romanesque chapel in ruins. 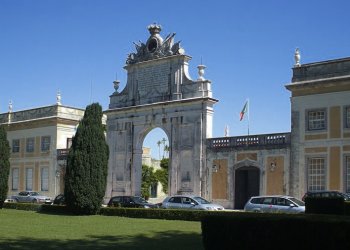 This building is formed by two bodies with sober and well proportioned lines, revealing a neoclassic style. In 1802 the two lateral bodies were connected by a huge triumphal arch, celebrating Dom João IV visit. On the inside the highlights are one of the room’s wall paintings in Pillemet type and the Convention room with mythological and maritime scenes. In … 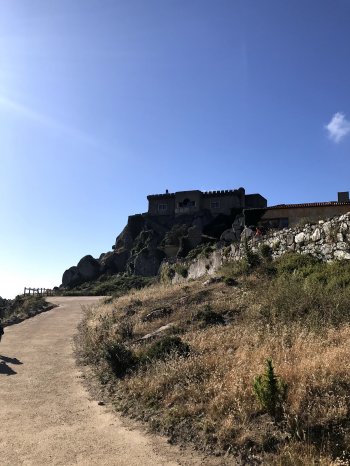 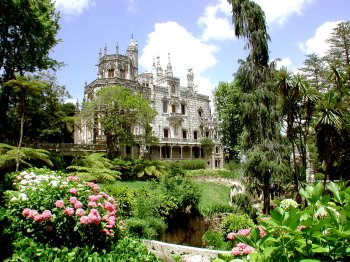 This estate used to belong to Baron of Regaleira and it was built in the beginning of the 20th century. It was projected by the Italian scenographic architect Luigi Manini and it was built under the Romantic style. This space is considered one of the most important examples for the revival architecture in Portugal. The estate shows itself as an … 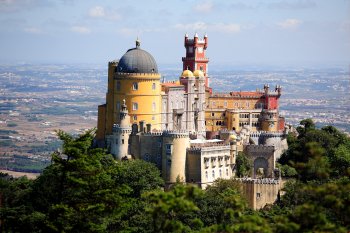 Pena National Palace was constructed on the top of a hill above the ruins of a former Monastery with Manueline traces, and used to be the summer residence for the Portuguese Kings. This impressive work is the result of the perfect conjunction of different architectural styles such as romanticism Neo-Gothic, Neo-Manueline, Moorish and Indian. This entire ensemble stands out, with … 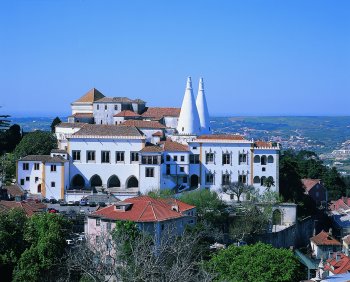 Sintra National Palace, also known as Town Palace is an impressive example for the palaces and the only preserved Royal Palace in Portugal from the Middle Age. Its plant is complex and irregular and it is the result from several construction campaigns and periods in which the main ones were during Dom João I and Dom Manuel time and also … 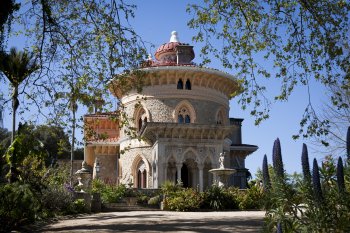 The Monserrate Palace is an eighteen hundreds construction topped by bulbous red cupolas with facades opened by doors and windows of soft Gothic curves. On the inside, there is an exuberant decoration of plaster and domes with Indian and classical themes. It is surrounded by superb and romantic gardens where it is possible to find thousands of exotic species due … 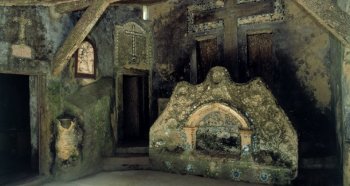 Built in the middle of cliffs and vegetation, this Convent is also known as convent of Santa Cruz da Serra or Cork. Simple construction of great rusticity was founded in 1560, by Dom Álvaro de Castro, as fulfilment of a vow he had made to his father, Dom João de Castro. In this space all is miniaturial, the tiers, lined … 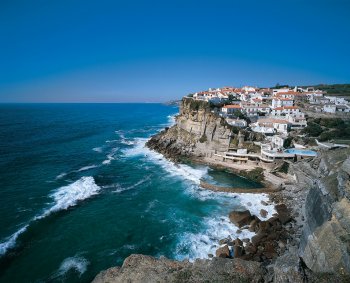 It was named after the water-mills that once stood on the cliffs. There is not really a beach, just a natural saltwater pool framed by a beautiful landscape, being frequented mainly by tourists. The existing restaurants are typical and have a good confection, with specialties of fish and seafood dishes. 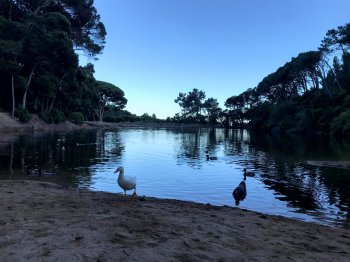 A small reservoir for watering. It is surrounded by local trees and vegetation, together with trees from other areas and a varied fauna. Nearby, one finds the church of Penha Longa, a national monument. 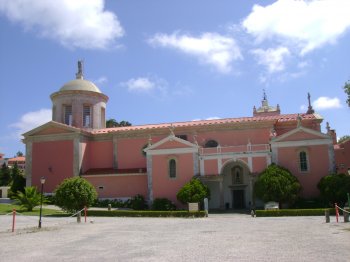 16th century temple of a single nave with lateral porch Mannerist and a magnificent dome, topped by a statue representing St. Michael the Archangel. In the chancel, with Greek cross floorplan, looms ahead an altarpiece of Baroque carved, gilded and … 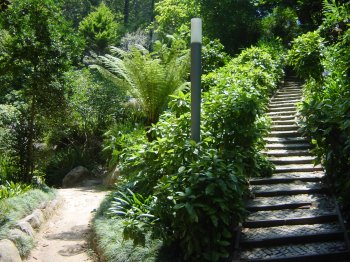 A park with a picnic area, bars, a skating rink, a tennis court and several fountains and lakes. There is a wide variety of species. 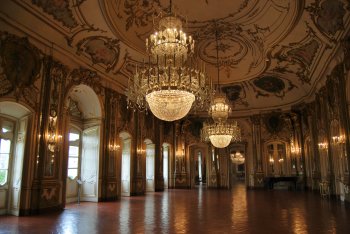 This construction is the result of Dom Pedro V will in transform Queluz Estate into a Palace. The work started in 1747 under Mateus Vicente de Oliveira supervision and later from J.B. Robillon who gave the Palace its decorative splendour. … 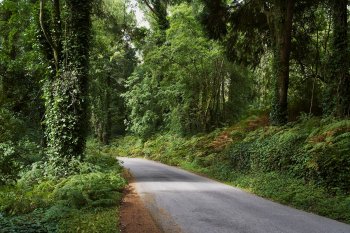 Located to the west of Lisbon, it belongs to the sedimentary line of the Estremadura. It is 10 kilometres long, five kilometres wide, has a perimeter of 30 kilometres and reaches its peak at na altitude of 540 metres, in …

Pedagogical Farms to Liven up the Children's Holidays

With a quack quack here, an oink oink there, here a baa, there a baa, everywhere a cluck cluck, pedagogical farms will …

Football: The Restaurants of Cristiano Ronaldo and Company

Discover 10 restaurants run by superstars, or already unmistakable supporters of the king of sports, where the passion …

Where to eat in Sintra 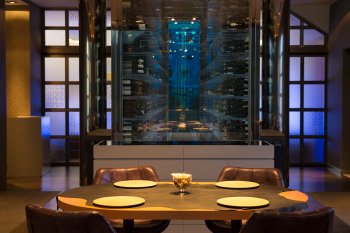 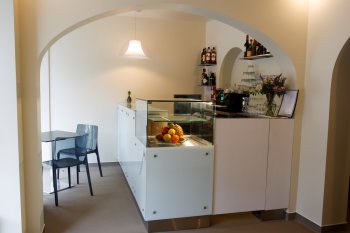 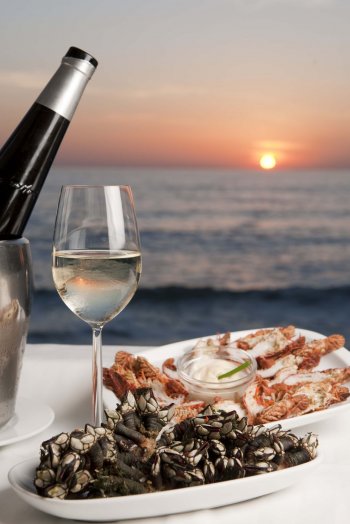 This restaurant has sea views and ever fresh fish. The shellfish are also specialities and are used… 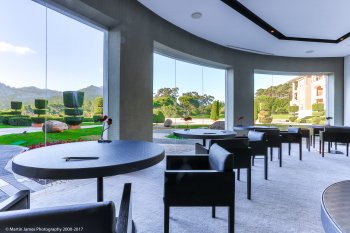 Midori restaurant, continues to be one of the Japanese reference in Portugal. In 2012 was the subje… 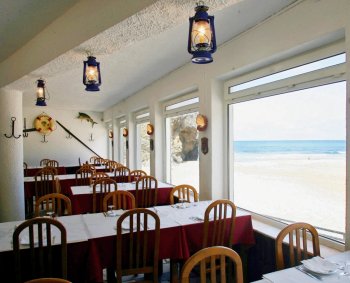 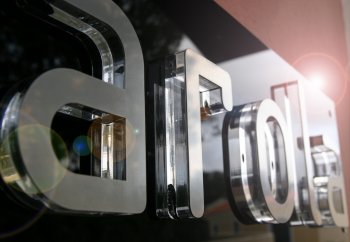 In the restaurant Arola, the Catalan chef Sergi Arola, well known for its irreverence and restlessn… 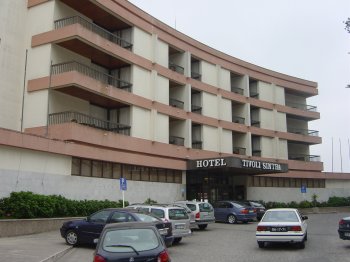 A restaurant that is surrounded by glass windows, with views of the Sintra mountain, where it is al…

Where to sleep in Sintra 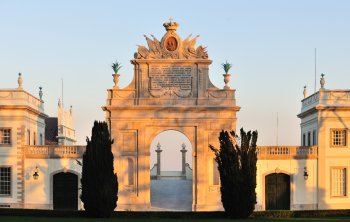 Luxury Hotel installed in Seteais, an example of late 18th century architecture. This space, situated in a quiet and very beautiful around Sintra, combines tra… 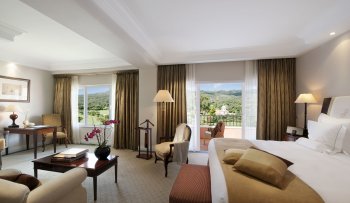 The Penha Longa Hotel Spa Golf Resort has a magnificent & serra de Sintra as inspiration. Absorbs the mysticism of these stops and turns them into spaces of gr… 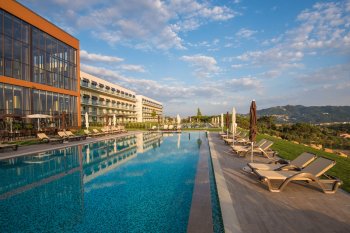